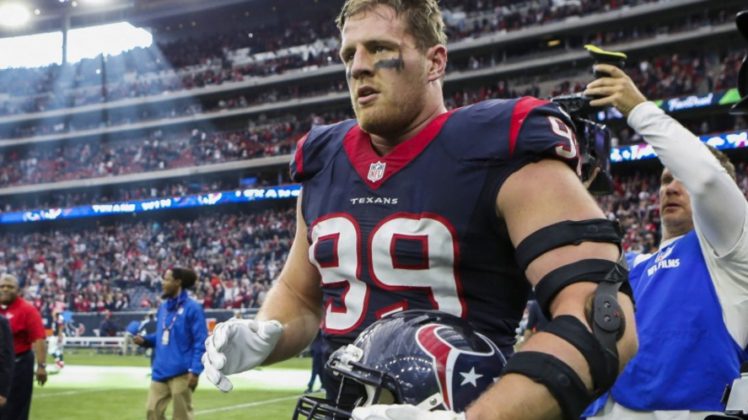 We’ve grown used to seeing Houston Texans star J.J. Watt play catch with fans before games. But on Monday, he added some flare to his game.

Prior to the game against the Tennessee Titans, Watt was tossing the ball around with some fans. One return throw came in a little high. But rather than let it sail over his head, Watt did his best Odell Beckham Jr. impersonation, making a leaping, one-handed catch.

Come for the best pregame tradition, stay for @JJWatt’s catch at the end. ?#TENvsHOU pic.twitter.com/A3rr3E82VP

We’ve seen Watt show off his vertical leap before. But that’s usually in a completely controlled setting, where he gets to time his jump. This one was much more spontaneous.

The jump alone is fantastic. That’s incredible hang time for anyone, especially someone listed at 288 pounds. Snagging the ball with one hand is cherry on top.

We’ve seen Watt play tight end before. If the Texans need him to do so again on Monday, it we’re guessing he’ll be ready.