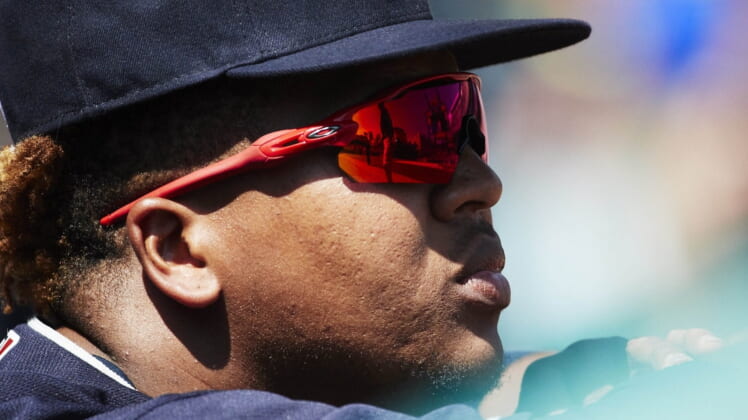 The Cleveland Indians got a much-needed reinforcement back into the mix as the team battles for one of the two American League Wild Card spots over the final week of the season.

Two-time All-Star Jose Ramirez returned for Tuesday’s game against the Chicago White Sox after missing the past month to injury.

Ramirez did not waste any time making his impact known, hitting a grand slam in his first at-bat Tuesday night.

Well, that’s something to behold. Talk about helping your team during the latter stages of what has been a crazy playoff battle in the American League.

Ramirez was hitting .254 with 20 homers and 75 RBI before going down to injury. Cleveland hopes he can help the team overcome a half game deficit to the Tampa Bay Rays for the final wild card spot.

The Indians are also two games behind the Oakland Athletics for the top spot in the race.