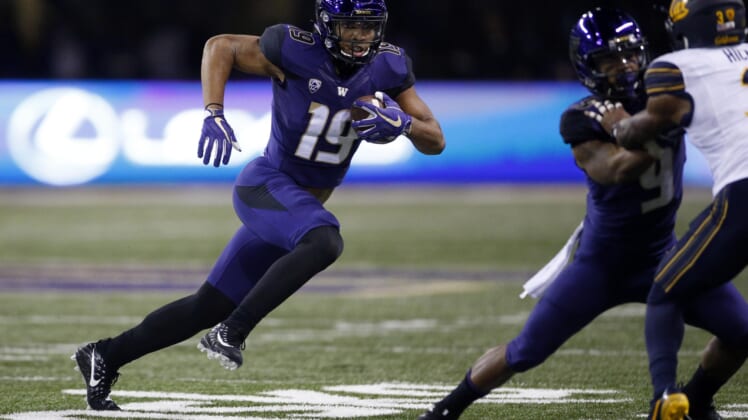 Washington has been playing from behind all game against Ohio State in the Rose Bowl, and offense has been hard to come by. But receiver Hunter Bryant made one heck of a spectacular play late in the fourth quarter that had everyone on their feet.

Check out this ridiculous one-handed catch. Bryant doesn’t even bring it into his body, plucking it out of mid-air like he was an outfielder wearing a glove.

That’s a play even the greatest players at every level can appreciate.