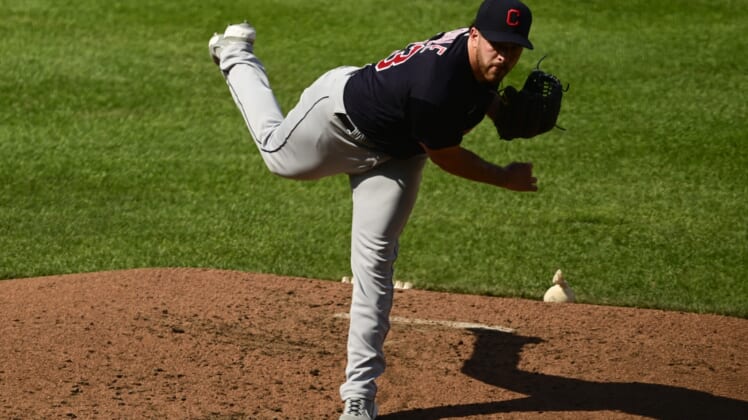 Harold Ramirez had three hits, including one of Cleveland’s three home runs, and the visiting Indians defeated the Baltimore Orioles 10-4 on Saturday.

Yu Chang had a three-run homer and Cesar Hernandez also went deep for the Indians. Eddie Rosario had three hits.

Cedric Mullins went 5-for-5 with a pair of solo homers for the Orioles, who had won three straight. Ryan Mountcastle also homered, giving him home runs in four of his past five games.

Hernandez, leading off the game, connected with a 3-2 fastball for a homer to center. With two outs, Harold Ramirez homered to right center. After Eddie Rosario singled, pitching coach Chris Holt, manager Brandon Hyde and the team trainer went out to check on Means, who left with the trainer and was replaced by Adam Plutko.

The Orioles got a run back in the first inning on singles by Mullins, Trey Mancini and Freddy Galvis.

Cleveland broke it open with a five-run third.

With one out, Amed Rosario reached on an error by second baseman Steve Wilkerson. Jose Ramirez and Harold Ramirez followed with singles, scoring Rosario.

Eddie Rosario’s single scored Jose Ramirez and, after Owen Miller struck out, Chang homered to center off a 3-1 fastball from Plutko and the lead was 7-1.

Mullins homered to center leading off the bottom of the third.

Harold Ramirez singled and later scored on a passed ball to make it 8-2 in the fifth, but the Orioles got that run back when Mullins lined a homer to right with one out in their half.

Austin Hedges doubled and scored on Amed Rosario’s single in the sixth and Baltimore again responded, this time on Mountcastle’s eighth homer of the season to make it 9-4.

The Orioles loaded the bases with no outs in the eighth but failed to score.