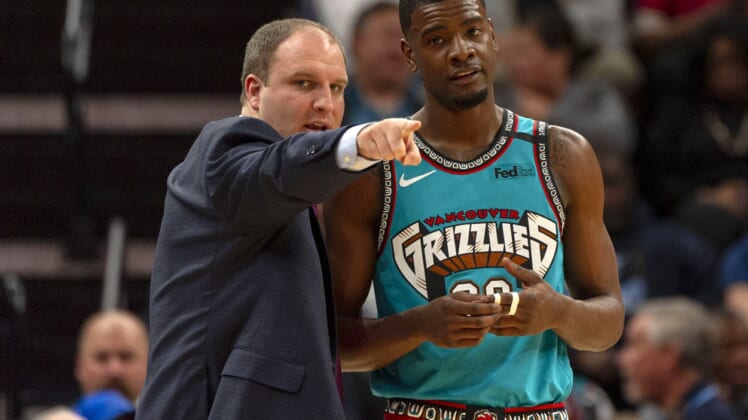 There are few moments more exciting in an NBA game than when a player breaks free down the court for a wide-open dunk. Unfortunately for Memphis Grizzlies guard Josh Jackson, his attempt at a highlight dunk ended embarrassingly.

During Monday’s game against the Atlanta Hawks, Jackson timed his move perfectly to deflect the pass then took off towards the hoop for the breakaway slam. Yet when he took flight to throw down the ferocious jam, Jackson somehow missed the hoop entirely and the ball bounced off the backboard.

It’s one thing for a player to get rejected by the rim on a breakaway dunk, but Jackson found a way to make an even more laughable gaffe. The moment was so bad that Jackson’s teammates couldn’t even laugh about it, just staring at the epic fail in disbelief.

Just a few years after being the No. 4 overall pick in 2017, Jackson’s NBA career can be summed up with that missed dunk.