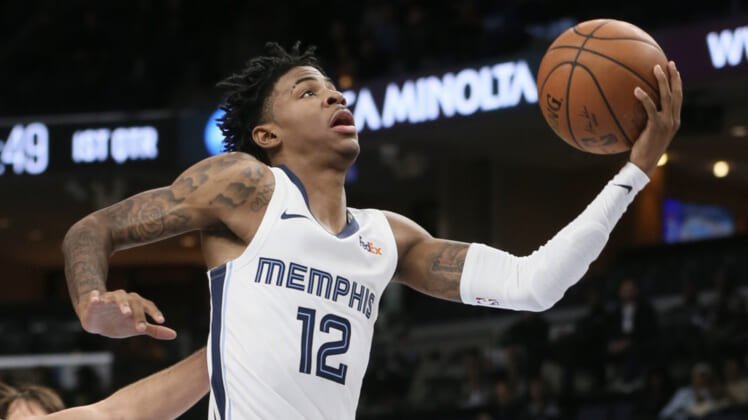 The No. 2 pick continued that early on against P.J. Tucker and the Houston Rockets Monday night.

Just check out Morant expose Tucker with a filthy put-back slam that makes us wonder whether the veteran Rockets forward should just call it a career.

There were children in the stands at FedEx Forum in Memphis Monday night. They didn’t need to see Tucker ended in such embarrassing fashion.

Morant is a man possessed. He entered Monday’s action averaging 18.8 points, 3.4 rebounds and 5.4 assists through five games. He now has a highlight-reel play to show for his troubles.