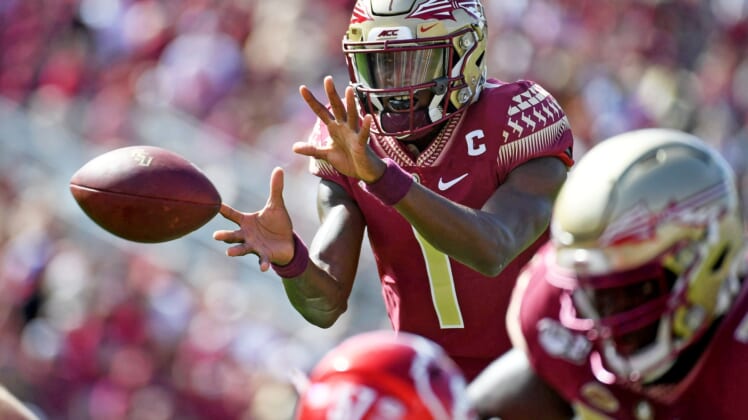 Just when the Florida State Seminoles started playing well, they suffered a significant blow during Saturday’s game when quarterback James Blackman needed to be helped off the field after a lower-body injury.

The Louisville Cardinals sent heavy pressure on second down against Florida State. When Blackman tried to avoid a blitzer, he got grabbed by the ankles as another defender twisted his body around the opposite way.

Blackman immediately started rolling on the ground in pain and grabbing at his helmet while trainers rushed onto the field. After being examined for several moments, the medical staff helped him off the field and he could be seen extremely upset.

Alex Hornibrook, who transferred to the Seminoles after three seasons at Wisconsin, took over at quarterback and would be the starter if Blackman’s injury sidelines him for an extended period.