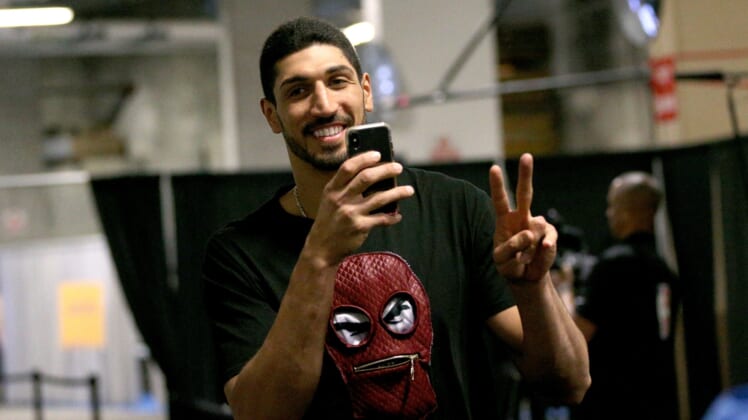 It’s safe to say Portland Trail Blazers star Enes Kanter has no room in his life for people who adore Stephen Curry and the Golden State Warriors.

Check out this clip of Kanter covering up a Curry jersey worn by a kid at his basketball camp with a Blazers shirt.

It’s hard to blame Kanter for reacting like that, especially after Curry absolutely slayed his Blazers during Golden State’s recent four-game sweep in the Western Conference Finals.

Somehow we’re guessing the kiddo will have fond memories of his time with Kanter, regardless.

Kanter put on the basketball camp, free of charge, on Saturday.

All in all, a job well done by Kanter.