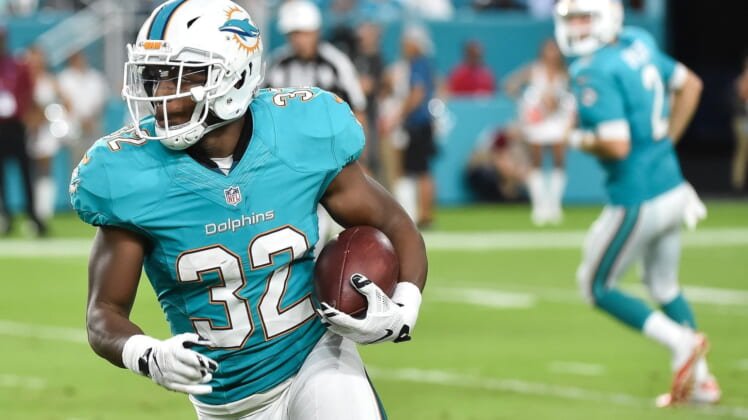 The Miami Dolphins needed a one-in-a-million play to beat the New England Patriots on Sunday. That’s exactly what they got.

Trailing 33-28 on their own 31, the Dolphins needed a touchdown. Ryan Tannehill hit Kenny Stills on a seemingly harmless 14-yard pass.

Then, things went nuts. Stills lateralled the ball to DeVante Parker, who then pitched it to Kenyan Drake. Drake did the rest.

One thing to really question here is why Rob Gronkowski was the last line of defense. We’d understand it if Miami was more in Hail Mary range. But given that a lateral play was going to be needed, an actual defender would have been better than Gronk.

The loss kept the Patriots from clinching their 10th straight AFC crown.