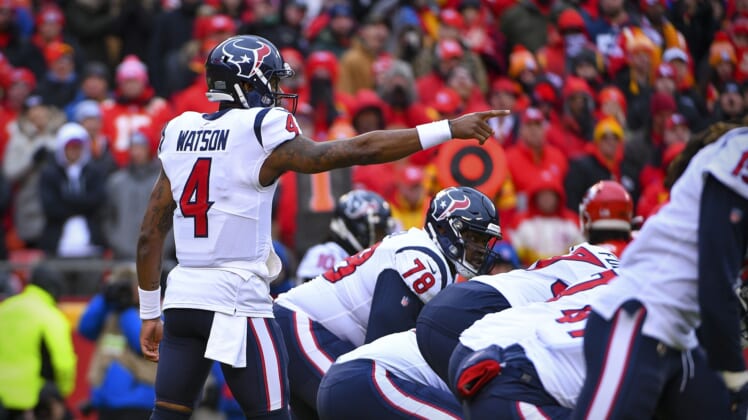 Down by 17 points, the Houston Texans were desperate for a positive development against the Kansas City Chiefs. Deshaun Watson delivered a huge touchdown run.

Watson first tossed a key long-distance toss to Will Fuller on 2nd-and-24. One play later, he capped off the drive with a gritty five-yard touchdown run, taking flight while taking on multiple defenders.

The play was reviewed because the ball came out of Watson’s hands near the goal line. But after review, it was determined the ball came out after he crossed into the end zone, and the Texans pulled to within 10 points, 41-31.

Considering Houston was up 24-0 in the second quarter, this game has been one heck of a wild ride for both teams, and for everyone watching.