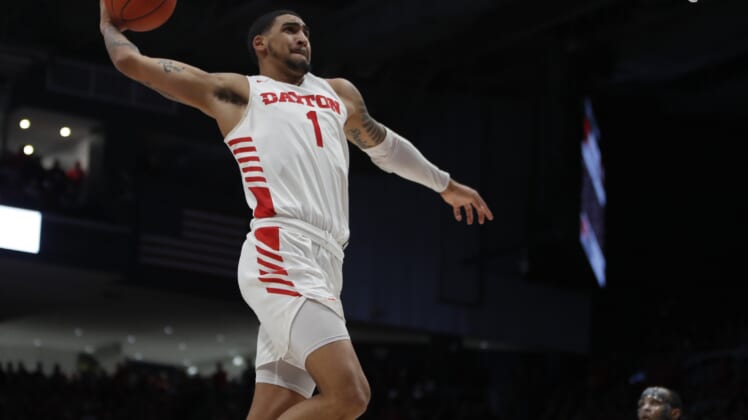 The Dayton Flyers are soaring towards the NCAA Tournament with a chance to earn a No. 1 seed. It’s easy to see why when you watch forward Obi Toppin fly through the air and throw down jaw-dropping dunks, which he did once again on Saturday night.

Toppin, a 6-foot-9 forward, took the team’s name quite literally against George Washington. The sophomore wanted to send a declarative message on Saturday night to every basketball fan watching and he did just that with a between-the-legs slam that left the stadium rocking and his teammates in shock.

Dayton’s explosive sophomore forward came into the night leading the team in points (19.8) and rebounds (7.6) per game. While those numbers are certainly impressive, he took his game to an even higher level in Dayton’s 76-51 win with a 27-point performance.

The Flyers are quickly pushing towards a potential No. 1 seed with the NCAA Tournament right around the corner and Toppin is the biggest reason why this will be an exciting team to watch during March Madness.