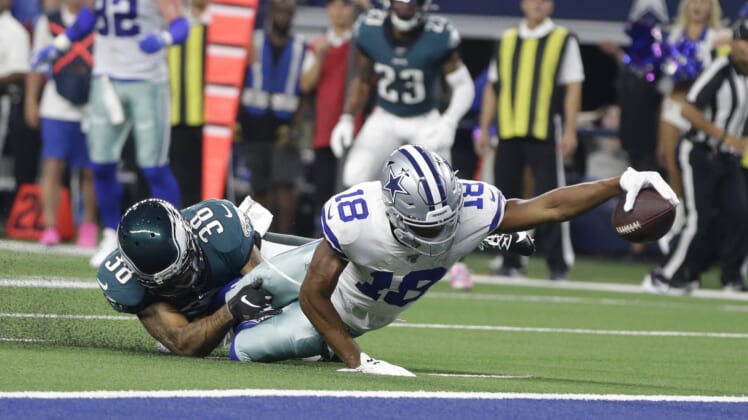 The Minnesota Vikings found themselves up 14-0 against the Cowboys in Dallas Sunday night. That’s when the Cowboys’ offensive attack decided to come alive.

Down 14-7 late in the second quarter, Dak Prescott connected with Randall Cobb on a 22-yard touchdown.

The pass itself was awesome. However, Cobb’s ability to come down with the ball as he dove for it is simply stunning. Check it out.

You don’t see catches like that on a weekly basis around the NFL world. It really was something to behold. It also came at an opportunistic time with Dallas tying the game up late in the second quarter.