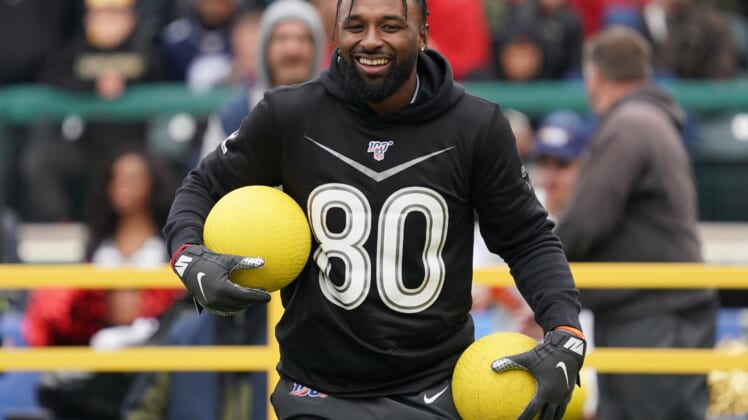 Not all quarantine experiences are created equal, but we’re all feeling the effects in one way or another. That’s something Cleveland Browns star receiver Jarvis Landry helped convey in a humorous way starring in a video entitled “Day 80 of Quarantine.”

Teaming up with filmmaker Alejandro Narciso, Landry put on a great show in the 93-second video. In it, he “documents” how he’s been spending his time playing video games, gardening and baking.

And how he’s not thinking of returning to football whatsoever (wink, wink).

Narciso, the filmmaker, also shared a behind-the-scenes look at the script they used to create the video. He also divulged how they managed to create the burnt banana bread and dog poop Landry stepped in during his gardening scene.

All in all, it was a highly entertaining piece of work that showcases Landry’s personality and creativity in a big way.