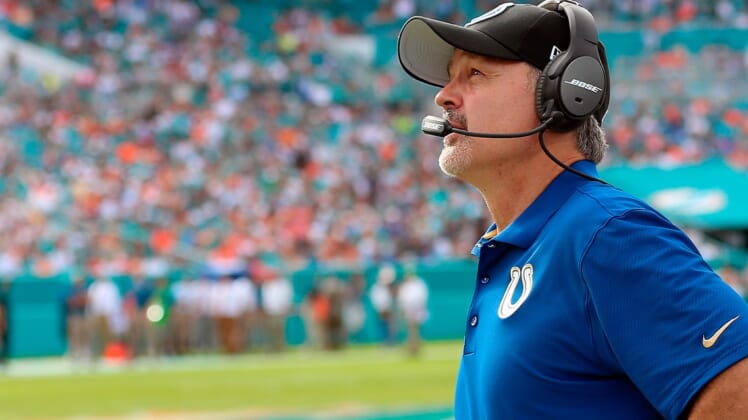 Indianapolis Colts head coach Chuck Pagano must have been on another planet on Sunday as his team got thrashed by the Los Angeles Rams.

As if the outcome of the game wasn’t embarrassing enough — the Colts lost 46-9 — Pagano couldn’t remember which team had beaten him afterwards.

Are you serious!?! Pagano doesn't even know who the #colts played today….49ers?? Unbelievable pic.twitter.com/KEz3y7er0z

That’s like a rock star who’s been in a self-induced haze on the road for months on end saying, “Thank you Detroit!” in Philadelphia, only worse.

Really, we cannot believe he’d be this out of it. We all make mistakes, but this one will live in infamy. It could also prove to be the beginning of the end for Pagano, who is a lame duck right now for the hapless Colts.