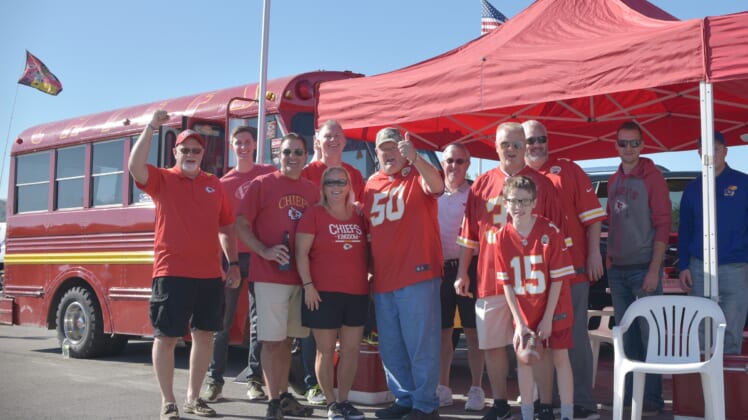 Arrowhead Stadium in Kansas City is going to be absolutely lit for Thursday Night Football. The Chiefs have an opportunity to wrap up the AFC West and inch closer to acquiring home-field advantage in the playoffs.

All Patrick Mahomes and Co. need to do here is dispose of a 10-3 Chargers team that’s still very much alive in the division. On the other hand, Philip Rivers can lead his Los Angeles squad to a first-place tie in the division with a win on prime time television.

Six hours before the game even kicks off in Missouri, Chiefs fans were already seen tailgating outside of Arrowhead.

We are still six hours to kickoff and more than an hour before the parking gates open, but it doesn’t stop #ChiefsKingdom from parking and tailgating.

Talk about commitment. The high in Kansas City is expected to be 45 degrees with rain on Thursday. None of that matters to the Chiefs’ faithful — some of whom are going to be pretty sauced before the game even kicks off.

We have to hand it to the NFL. There’s been a ton of good Thursday Night Football matchups this season. This Week 15 game between two bitter rivals only adds to that.