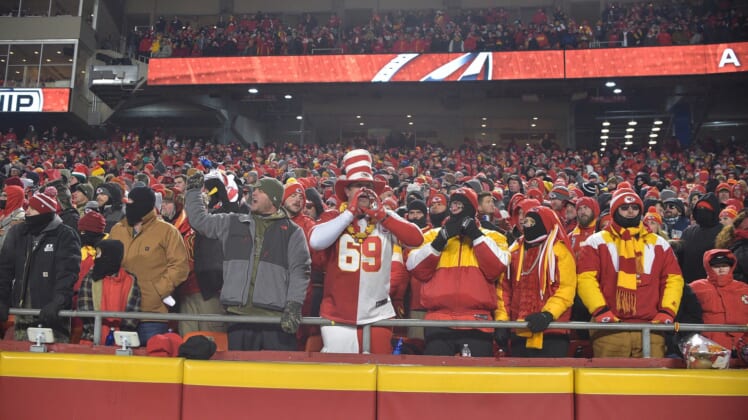 Kansas City Chiefs fans are not cultivating a reputation for behaving with class.

During the divisional round, fans were caught throwing snowballs at Indianapolis Colts players. Additionally, at least four fans needed medical attention due to being hit by snowballs.

Then, during the AFC Championship Game, at least one fan appeared to be shining a laser pointer into Tom Brady’s face.

Now, thanks to a short video from The Checkdown, we can see that at least one Chiefs fan threw a beer can into the end zone after the New England Patriots scored the game-winning touchdown in overtime.

The can nearly hit center David Andrews, who was waiving goodbye.

The Chiefs need to look for other video to see who threw this, because it’s completely unacceptable behavior — even if Patriots fans have done the same.