WATCH: Bulls forget how to play defense against Ben Simmons 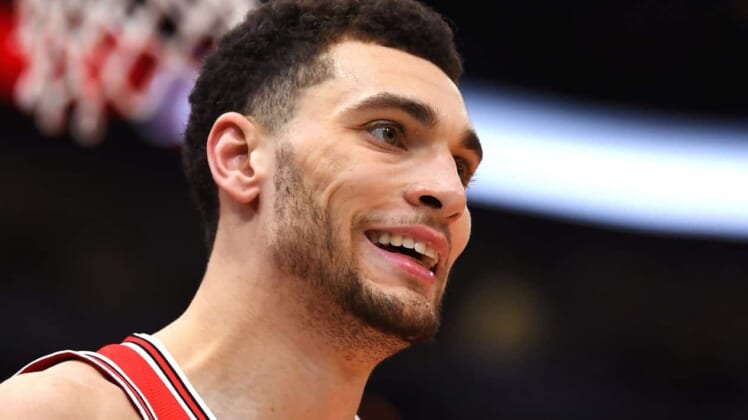 It’s been a pretty unforgettable season for the Chicago Bulls and their fans. Sure Zach LaVine has shown promise at times. But in general, Chicago is about to wrap up another lost season in the Windy City.

Wednesday’s game against the Philadelphia 76ers showed us exactly why. Some will focus on Sixers youngster Ben Simmons finishing with authority. Others are openly wondering exactly what the Bulls were doing on defense. We fit into that latter category.

Not like it’s anything new, but #BullsNation forgot how to play defense on this flush from #HereWeCome Ben Simmons (h/t @NBA). pic.twitter.com/N7NGARiwZW

The Bulls’ entire team seemingly forgot how to play defense as Simmons finished with the flush. We really don’t even know where to start here.

Two members of the Bulls just stood by and watched Simmons dunk the ball. Given that Ben has legitimately no outside shot, there wasn’t much of a threat of him pulling up from the perimeter.

Even then, Chicago had a brain fart of epic proportions. It’s one of the reasons the team stood at 18-47 heading into Wednesday’s action. Fun!