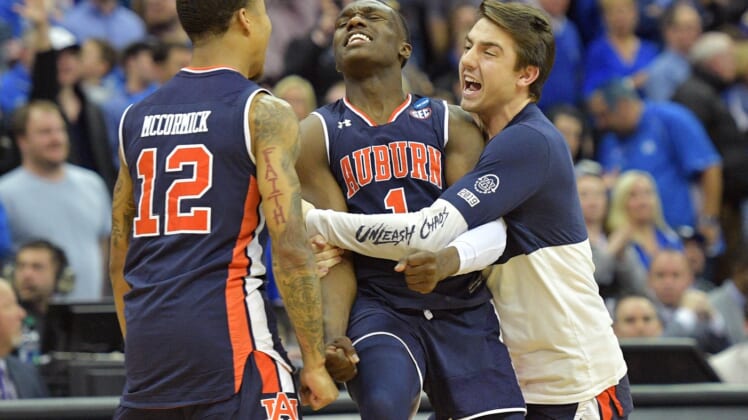 Jared Harper wasn’t about to let his teammates down and gave his all to make sure Kentucky didn’t secure an offensive rebound in the final seconds of Sunday’s Elite Eight game.

Following a miss by Kentucky, Harper leaped up to try and haul down the defensive board when he was upended by Keldon Johnson.

The landing was rough, as Harper ended up hitting the court with his right hip — hard. After a minute to recover, he calmly went to the other end of the court and drained his free throws to give Auburn a 77-71 lead, which proved to be the final score.

Better yet, Harper came up with the final defensive rebound of the game after Kentucky attempted a desperation shot with seconds left on the clock.

All told, Harper finished with 26 points, four rebounds and five assists to lead the Tigers into the Final Four.