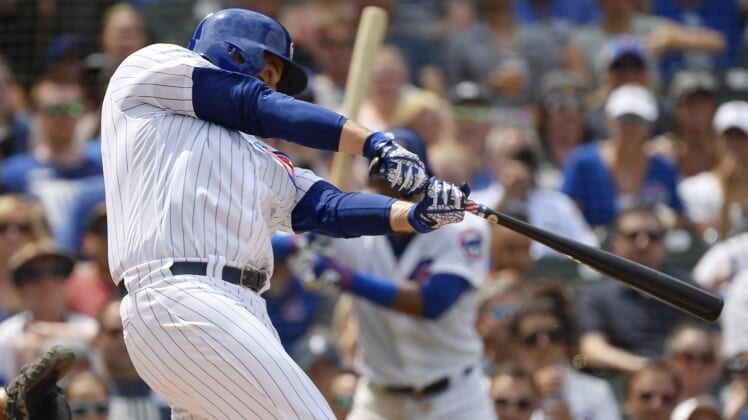 While it’s often said that one swing has the power to change a game, Chicago Cubs first baseman Anthony Rizzo’s grand slam on Friday is making a difference in the lives of thousands of children with cancer.

Rizzo met with Matteo Lambert, a young fan who is running 100 miles this year across 32 5Ks in order to support Hopecam’s mission of supporting children with cancer. After meeting Rizzo and taking pictures with him before the game, Matteo presented Rizzo with a card telling him he’s an inspiration and asking him to hit a ‘moonshot’ for kids with cancer.

Rizzo, who beat Hodgkin’s lymphoma, delivered even more than Matteo could have asked for. In the third inning with the Cubs trailing 3-0, Chicago’s All-Star first baseman launched a moonshot for a grand slam to give the Cubs the lead.

It would have just been a special moment if any player was able to hit a home run for a young fan doing so much to support children with cancer. For that player to be Rizzo and the moonshot to be a grand slam, makes this a truly special moment.

More information about Matteo Runs and his efforts to help children with cancer defeat social isolation can be found here.