WATCH: Alex Gordon with the play of the MLB season 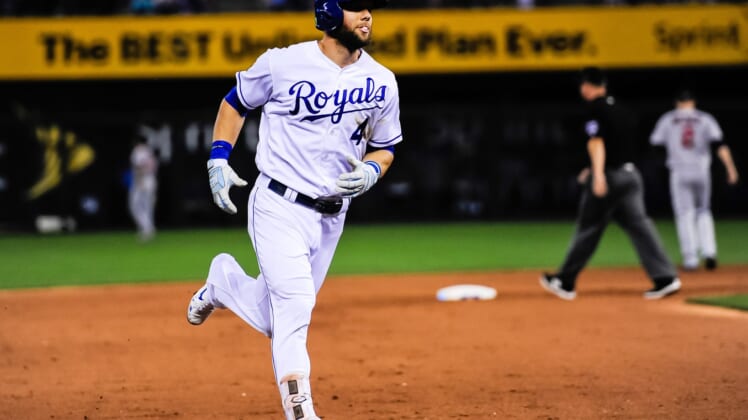 Chicago White Sox catcher Welington Castillo thought he had extra bases in the bottom of the fifth Monday night against the Kansas City Royals.

Kansas City outfielder and six-time Gold Glove winner Alex Gordon had other ideas. Just check out Gordon making a diving catch in left field, only to pop up and throw a dart to first base to double off Tim Anderson.

The catch itself was amazing. If that had gotten past Gordon, Anderson would’ve easily scored with Castillo running for pretty much the rest of the evening.

Instead, Kansas City turned two to preserve a 3-0 lead over the White Sox. Talk about a terrific catch and throw by one of the game’s best defensive outfielders. Whew.