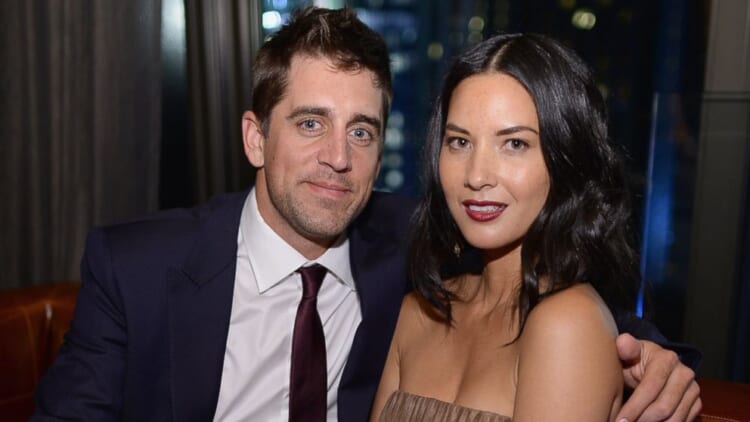 Apparently, Green Bay Packers quarterback Aaron Rodgers and his girlfriend Olivia Munn do the same silly things we all do when we’re bored late in the wee hours on a Friday night.

Rodgers and Munn took to playing with the Dubsmash app and recorded themselves lip-syncing to “Hero” by Mariah Carey. Munn performed the lyrics while Rodgers took on the part of a dancer in the background.

While Rodgers doesn’t crack a smile through his silly interpretation, it’s kind of hard for us to watch him perform and not want to chuckle just at bit at how serious he looks.

The video has already gone viral as shown by the 19,000 likes and over 3,000 comments on Munn’s Instagram account. And, Rodgers is likely to take some razzing from the locker room guys for his role.