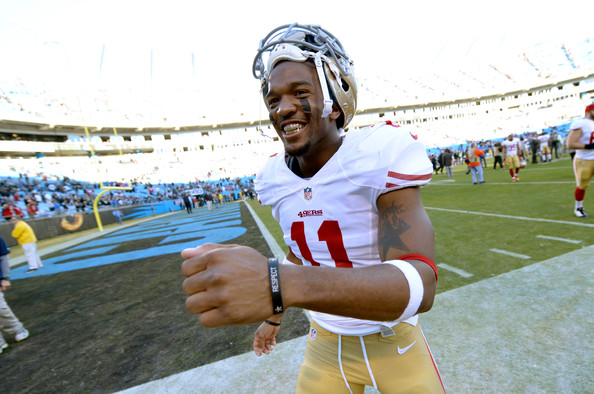 What do you do when you’re in traffic on the NFL field?

The opposite of what Quinton Patton did on Sunday.

The San Francisco 49ers receiver chose to run the wrong way after catching a pass from backup quarterback Blaine Gabbert in the second preseason game against the Dallas Cowboys.

That was NOT how they drew it up.

The result of Patton’s attempt to gain yardage actually ended up in a 12-yard loss. Patton finished the game with three catches for a total of two yards. But, hey, the three catches Patton tied his career-high three catches made in each of his two NFL seasons.

Not all was bad for Patton in Sunday’s preseason game. The wideout returned a blocked punt in the fourth quarter for a touchdown in a 23-6 victory over Dallas.