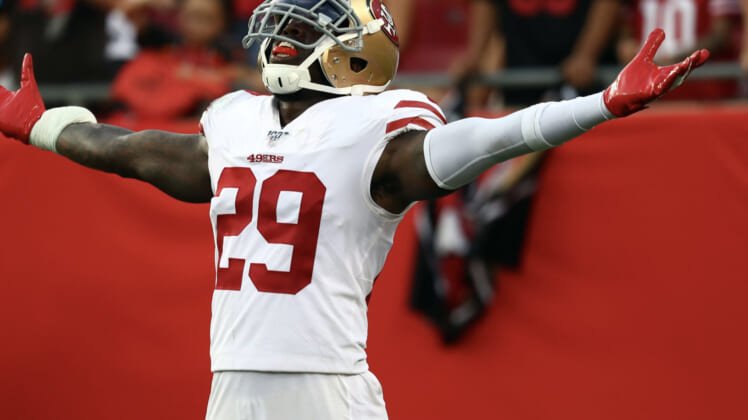 The Seattle Seahawks were driving for what appeared to be the go-ahead touchdown late in the second quarter against the San Francisco 49ers Monday night.

That’s when 49ers safety Jaquiski Tartt made one of the best defensive plays of the season. He stripped Seahawks rookie wide receiver D.K. Metcalf right at the goal line, saving a touchdown in the process.

First off, we have to give Metcalf credit for his physicality. However, it was the strip from Tartt that’s the highlight of this play.

San Francisco was holding a 10-7 lead at the point and avoided heading into the half down as the team looks to remain undefeated on the season.