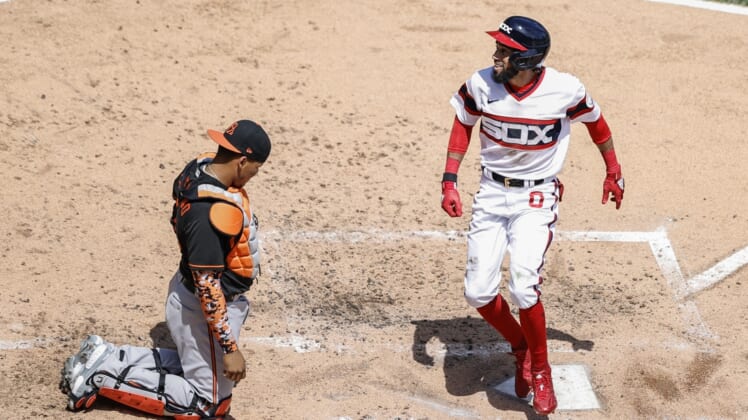 Nick Madrigal had two hits, including a go-ahead triple in the seventh inning, and Lucas Giolito pitched seven strong innings as the host Chicago White Sox defeated the Baltimore Orioles 3-1 on Sunday afternoon to complete a four-game sweep.

Chicago finished its homestand with six wins in seven games, rebounding after losing three in a row against Yankees in New York last weekend.

Baltimore, meanwhile, continues its free fall. The Orioles lost for the 13th time in a row for the first time since September 2009.

The Orioles lost a club-record 21 straight games to open the 1988 season.

The streaking White Sox snapped a 1-1 tie by scoring twice in the seventh, as Yoan Moncada followed Madrigal with a run-scoring single. Both players had two hits and an RBI and Tim Anderson added two hits as Chicago secured its first four-game home sweep of Baltimore since June 18-21, 1956.

Giolito benefited from the support to improve to 5-4. He spaced one run on three hits in seven innings with three walks and a season-high 12 strikeouts. White Sox closer Liam Hendriks worked a perfect ninth for his 13th save in 15 opportunities.

Baltimore opened the scoring in the third inning, as DJ Stewart connected for a solo home run against Giolito with one out.

Chicago answered in the bottom half on a solo shot from Billy Hamilton, who also homered in Saturday’s victory, marking the first time the lithe outfielder hit round-trippers in consecutive games since June 14-15, 2014.

The Orioles loaded the bases with one out in the sixth inning, but Giolito escaped damage by striking out Anthony Santander swinging and inducing Maikel Franco on a foul popup to catcher Zack Collins.