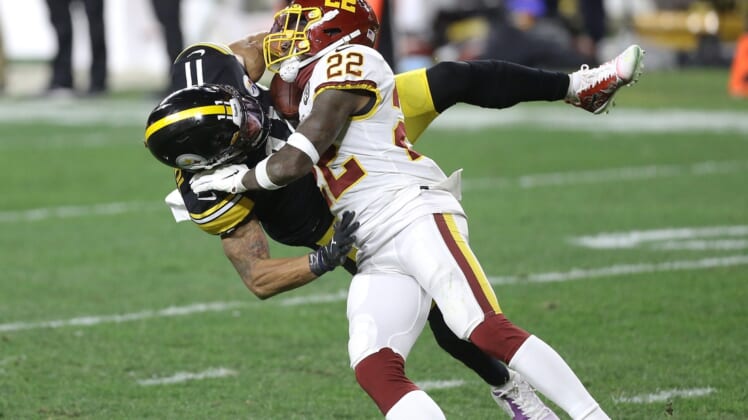 Washington Football Team safety Deshazor Everett was the driver in a one-car accident Thursday night that killed a female passenger, according to the Loudoun County (Va.) Sheriff’s Office.

Everett’s 2010 Nissan GT-R “left the right side of the roadway, struck several trees, and rolled over” at approximately 9:15 p.m. ET, per the report from the sheriff’s office. The passenger, Olivia S. Peters of Las Vegas, was taken to StoneSprings Hospital Center in Dulles, Va., where she died of her injuries. She was 29.

“We’ve been made aware of an automobile accident last night involving Deshazor Everett,” the Washington Football Team said in a statement on Friday morning. “A passenger in his vehicle lost their life and we extend our deepest sympathies to the family and friends who lost a loved one. Deshazor is currently in the hospital with serious but non-life-threatening injuries. Our thoughts and prayers are with everyone who has been affected by this tragedy.

“Our team has alerted the league office and is working with local authorities as we continue to gather more information. We will have no further comment at this time.”

Everett, who plays primarily on special teams, has recorded 10 tackles in 14 games this season. He has 170 tackles, two interceptions and two forced fumbles in 89 career games (17 starts) over seven seasons, all with Washington.