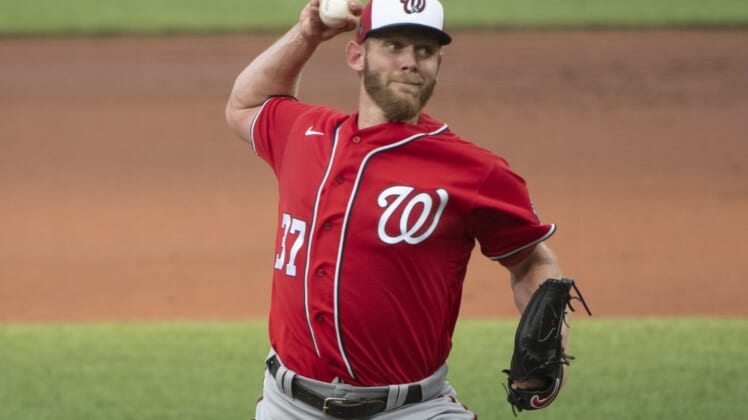 The defending World Series champion Washington Nationals appear to be getting healthy at the right time. That now includes one of the team’s best pitchers set to return to the bump for the first time this season.

The 2019 World Series MVP was scratched from his first start two weeks ago Saturday with a nerve issue in his right hand. He’s missed the Nationals’ first nine games this season (two starts).

The 32-year-old three-time All-Star will go up against a weak-hitting Baltimore Orioles team. That could be a recipe for success. As for how long he’ll be extended, Strasburg is expected to throw between 75-80 pitches.

Nationals’ record suggests team needs this pick me up

Washington heads into this weekend’s action with Baltimore boasting a 4-5 record. It is three games behind the surprising Miami Marlins in the National League East.

Given that the Nats have had multiple games postponed due to expected opponents seeing outbreaks of the COVID-19 virus, they are slated to play a whole lot in the coming months. Having a full roster is going to be big here.

In addition to Strasburg returning, the Nationals just got Juan Soto back after he missed the first week-plus of the season following a positive COVID-19 test.