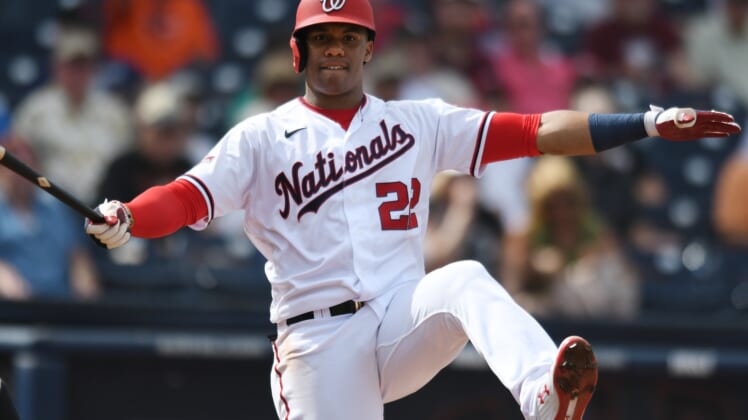 Soto was scratched from the Nationals’ season opener against the New York Yankees that day and has not appeared in a game since. There’s now some good news on this front.

Soto, 21, has missed each of the first games of the season. He’s been helped a tad by the Nationals having some games postponed due to positive COVID-19 tests on other teams Washington was slated to play over the first two weeks of the season.

Initially, Soto was frustrated after multiple negative tests while still being forced to be away from the team. At the very least, he’s now set to return for a Nationals squad that has struggled to a 4-4 record to start their truncated 60-game 2020 season.

Last season saw the young outfielder hit .282 with 34 homers, 110 RBI and a robust .949 OPS en route to finishing in the top-10 of the National League MVP voting.

The expectation heading into his third season was that Soto would be among the big-time candidates for the top individual award while starring for the defending World Series champs. Given that he’s already missed the equivalent of 22 games during a regular 162-game season, it remains to be seen if this will be the case.

We’ve also seen other players who have recovered from COVID-19 struggle out of the gate after picking it up following a few games.

Washington is set to take on the free-falling New York Mets in D.C. Wednesday afternoon.