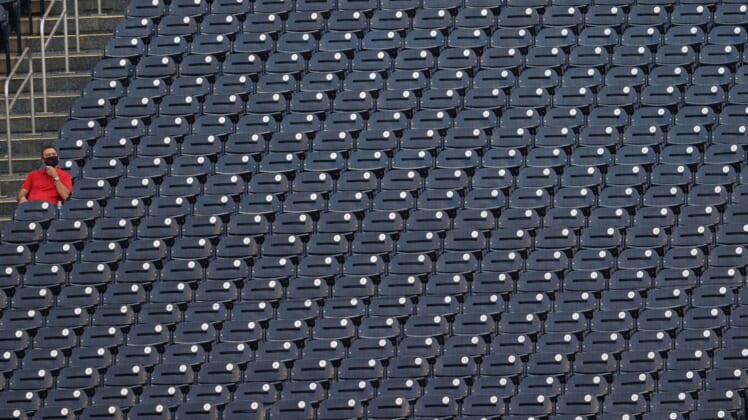 The Washington Nationals will play their first game of the season on Tuesday, with a doubleheader against the Atlanta Braves to follow Wednesday, Major League Baseball announced.

The Nationals opening weekend series against the New York Mets was postponed after a COVID-19 outbreak within the team. The opening game of the Nationals-Braves series set for Monday also was postponed.

“Since the most recent round of test results of Nationals personnel included no new positives, all of the club’s eligible personnel are permitted to participate in baseball activities at Nationals Park (on Monday),” MLB said in Monday’s announcement.

Tuesday afternoon’s game will be played as scheduled and will serve as the Nationals’ home opener. The teams will play a straight doubleheader on Wednesday, with the first game beginning at 12:05 p.m. ET.

The Braves are 0-3 after being swept by the Philadelphia Phillies on the road.