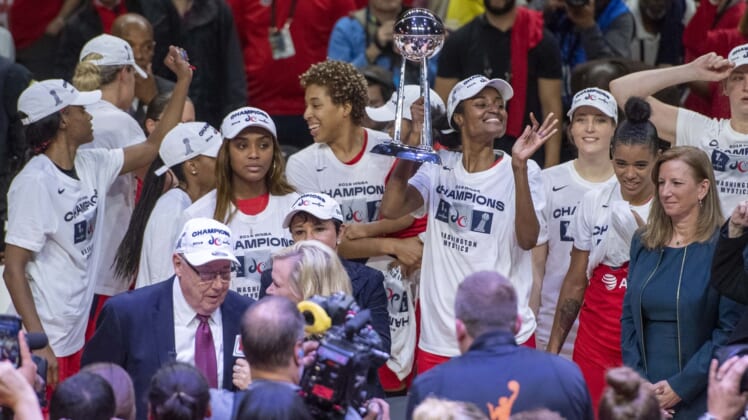 The Washington Mystics’ string of bad draft luck might have finally ended Sunday when they drew the top selection in the 2022 WNBA Draft, despite having only the third-best chance in the league’s annual draft lottery.

It was the first time in team history the 2019 WNBA champions won the draft lottery.

The Mystics, who were 21-33 in 2021, haven’t made a draft pick higher than No. 6 since 2013 when they selected Tayler Hill fourth overall. Their highest choice in history came in 1999 with the first overall pick, selecting Chamique Holdsclaw, but that was prior to the implementation of a lottery system in 2002.

The Indiana Fever, who entered the lottery with the best odds at the top selection, will pick second. The rest of the lottery selections include the Atlanta Dream at No. 3 and the Dallas Wings (via Los Angeles) at No. 4.

Kentucky guard Rhyne Howard is considered the top prospect in the draft by multiple outlets.