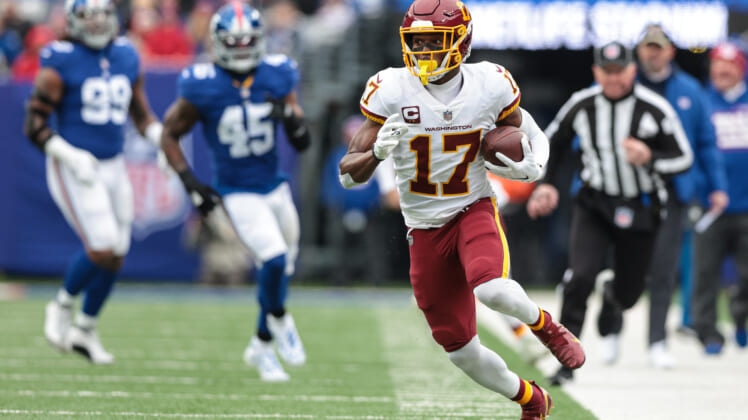 The Washington Commanders know how valuable wide receiver Terry McLaurin is to their offense. With the 2022 season fast approaching, it seems like there might now at least be a chance for the two sides to resolve their differences.

McLaurin chose to stay away from mandatory minicamps, incurring a fine. While the fines are relatively minor for now, they can add up quickly over time. If the 26-year-old wideout chooses to skip training camp in July, he would owe the team $50,000 per day missed.

All of this is related to the receiver’s contract. McLaurin, a third-round pick in the 2019 NFL Draft, is in the final year of his deal and owed a minuscule salary compared to his peers. With countless teams opening up the checkbook for wideouts, McLaurin believes he deserves a raise.

While the two sides have had months to negotiate a long-term deal, talks haven’t gone well. McLaurin and the Commanders have been far apart at the negotiating table, separated by millions of dollars per year in average annual value and guaranteed money.

It’s added a layer of concern for fans heading into the summer. McLaurin is essential for Washington’s offense to work and if he is absent, quarterback Carson Wentz will struggle to get anything going. Fortunately, there is some good news for the Commanders.

According to Jeremy Fowler of ESPN, the organization is ramping up its efforts to sign McLaurin to a multi-year extension and that includes significantly increasing its offers.

It’s a step in the right direction and that’s all the Commanders need right now. McLaurin can point to the contract his fellow 2019 draftee A.J. Brown received (four years, $100 million) as a target for the organization to hit.

Between McLaurin’s production, his upside and how he has carried himself since being drafted, he represents everything the Commanders want. Even if it’s not a price the front office is extremely comfortable paying, McLaurin should prove to be worth any deal he signs.