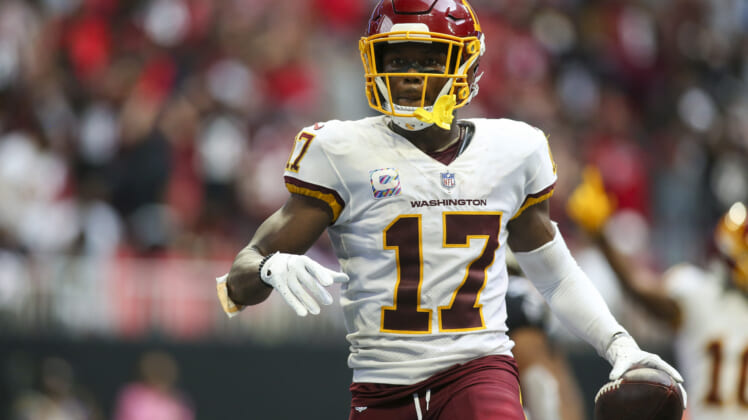 Washington Commanders head coach Ron Rivera put the NFL on notice by declaring that star wide receiver Terry McLaurin is not available and will be on the roster in 2022.

McLaurin’s playing future in Washington is cloudy at best at the moment. The three-year veteran is not at the team’s mandatory minicamp this week as he looks to express to the organization that he is not pleased with his current contract situation.

McLaurin is in the final year of his rookie deal and set to make under $2.7 million in 2022. The 26-year-old is obviously looking for a hefty raise after back-to-back seasons of over 1,000 yards receiving. Those numbers do give the 2019 third-round pick some solid leverage since he is the organization’s undisputed top passing target.

Related: Washington Commanders schedule – Projections for the 2022 slate of games

In an offseason that has seen a plethora of big-name wide receivers looking for long-term deals traded, it has opened up speculation that Terry McLaurin could be the latest wideout to be moved ahead of the 2022 season. However, during a press conference today at the team’s training location, head coach Ron Rivera made it clear to the assembled press that the organization has no plans of shipping off its top receiver.

The money the Dolphins dealt out to Tyreek Hill, and the Raiders gave Davante Adams, after acquiring those star receivers in March is not the type of deals that McLaurin will get. However, one similar player that was moved and received a new long-term contract is AJ Brown.

After being traded from the Titans to the Eagles on draft night, Philadelphia gave him a 4-year contract worth $100 million, with $57 million guaranteed. Starting in 2023, he will make anywhere between $20 and $30 million in the final three years of the contract. 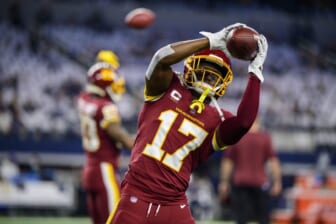 Considering McLaurin and Brown have similar stats, you can expect the Washington Commanders’ WR to want the same or more, especially if he has a third straight 1,000-yard season with new quarterback Carson Wentz. In the end, McLaurin may land a 4-year $108 million deal with $65 million guaranteed.