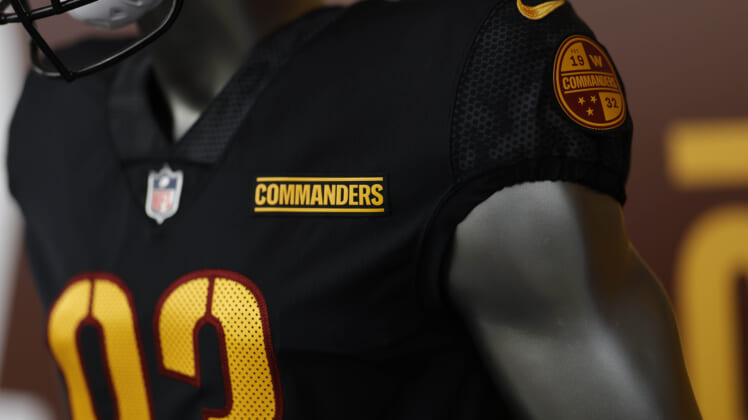 Washington Commanders owner Daniel Snyder avoided a forced sale after an NFL investigation found his organization had a toxic culture with years of sexual misconduct towards women staffers and team cheerleaders. However, a second independent investigation and allegations of financial misconduct

Snyder is currently facing sexual misconduct allegations from Tiffani Johnson, who spoke to the U.S. House of Representatives Oversight Committee regarding the Commanders’ culture of sexual misconduct. As part of that investigation into the toxic culture of harassment under Snyder, a witness also came forward accusing the Commanders of withholding ticket revenue from the NFL.

Further inquiry and investigation resulted in Congress informing the Federal Trade Commission and the NFL of potentially ‘unlawful financial conduct’ by the Commanders’ organization in recent years. Since learning of the allegations, the NFL has expanded its ongoing investigation.

The NFL already disciplined Snyder once for numerous allegations of sexual misconduct and harassment under his leadership. Now accused of direct allegations of inappropriate behavior and with his team accused of altering its financial books to defraud the NFL, the allegations put his future as team owner in jeopardy.

Let’s examine for top candidates who could buy the Washington Commanders and replace Daniel Snyder.

This is the NFL team Jeff Bezos wants to buy. He’s also the person Snyder would probably least like to purchase the Commanders. Reports of Bezos’ interest in Washington’s NFL team popped up in 2021 and it’s no surprise that the Washington Post, owned by Bezos, first exposed the Washington Commanders’ toxic culture in 2020.

There wouldn’t need to be a bidding war, Bezos wins. Whatever price tag is set for the franchise, he can match it. The NFL knows this day is coming and Yahoo Sports’ NFL reporter Charles Robinson took an in-depth look at the impact it will have on the league.

“Bezos wants his own team. He definitely wants to buy a team.”

The NFL has already partnered with Amazon for the exclusive rights to “Thursday Night Football” and more deals will come. If the Commanders are put up for sale, either by Snyder’s choice or his hand being forced, Bezos will be the overwhelming favorite to purchase the team.

Ted Lerner and the Lerner family are synonymous with the Washington sports scene. Lerner, a billionaire real estate developer, grew up in Northwest Washington D.C. and attended law school at George Washington University. He bought the Nationals from Major League Baseball in 2006. Since then, the Nationals have won a World Series and Forbes estimates the franchise value at $2 billion.

The Lerner family’s net worth is estimated at $4.8 billion, not quite enough to buy the Washington Commanders. However, the region is full of billionaires and additional investors who could join forces with the Lerner family. While Bezos offers the most money, the NFL might like the opportunity to sell a marquee franchise to a local group.

There’s another interesting element at play here. The Lerner family is looking into selling the Nationals. It’s possible a sale of Washington’s MLB team could be a way to create additional funds to buy the Commanders. While it would be an unusual move, the NFL is far more profitable for owners than MLB.

The NFL recognizes that its complete absence of a Black majority owner through the sport’s longest history is a problem. League officials, including Roger Goodell, want more diversity at every level and that includes the ownership suites in NFL stadiums. Fittingly, Jay-Z might be exactly who they want to bid for the Commanders.

Jay-Z is already partnered with the NFL, but the billionaire is likely setting his sights on something bigger. Becoming an NFL owner is the next big step in his career and just like he became Hip Hop’s first billionaire, he could create a new trail in pro football.

The asking price would be through the roof. Considering the Denver Broncos are expected to be sold for $4-plus billion, a Washington Commanders sale likely starts at $5 billion. However, Jay-Z knows the right co-investors and could be a name to keep an eye on if Snyder is forced to sell.

Steve Ballmer is currently the richest owner in American sports and the next milestone on his to-do list might be owning two pro teams. The former CEO of Microsoft brings a personality, something even more lively and wild than Jerry Jones. Of course, energy isn’t the reason the NFL might want Ballmer joining its exclusive club.

For one thing, he’s willing to spend money to create a team identity. He announced plans for a new $1.2 billion stadium for the Los Angeles Clippers and that willingness to build a state-of-the-art venue will draw eyes across sports. FedEx Field is the worst stadium in the NFL, an embarrassment to everyone involved in football. Ballmer committing to buy the Commanders and making plans for a new stadium would instantly make him a strong candidate.

If he wants to buy a team, he could at least make an offer that would compete with any proposal Bezos makes.