The NFL has confirmed that they have also expanded their own ongoing investigation of the Washington Commanders to include financial misconduct by the organization.

On Tuesday, the Washington Post reported that the US House Committee on Oversight and Reform had officially reached out to the Federal Trade Commission regarding evidence of “financial improprieties” by the team in recent years. The evidence was discovered in emails, documents, and during interviews from the Congressional committee’s examination of sexual misconduct allegations throughout the organization over the last decade.

The reports of financial misconduct from the team claim the organization used two sets of books and that ticket revenue was allegedly being diverted from the visiting-team pool, which is surrendered to the league and shared by all 32 NFL teams. The letter that the Committee sent to the FTC included proof of a security-deposit shell game involving season-ticket holders.

The US House of Representatives opened an inquiry into sexual harassment allegations in the organization after a previous investigation by the NFL only resulted in a $10 million fine. After the committee began its examination, the league opened up a second investigation into newer allegations and appointed former US Attorney Mary Jo White to lead the investigation.

Well, it seems the league has also expanded her investigation as well. On Wednesday, the NFL confirmed to Pro Football Talk that White is also looking into the financial aspects of the allegations.

It is unfortunate to say, but other owners losing out on revenue from the Commanders’ bookkeeping shenanigans may actually make the league take the issues going on with the franchise far more seriously than they have thus far. 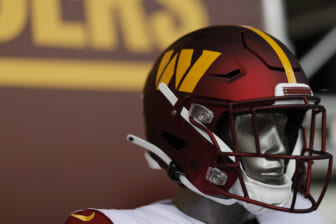 Last week, the Washington Times reported that majority owner Daniel Snyder had returned to lead the team despite stepping down from the role in 2020. It left NFL commissioner Roger Goodell with egg on his face after he told reporters the prior week, that as far as he knew, Snyder’s wife Tanya was still leading the Washington Commanders’ day-to-day operations.

One has to wonder when the league and the other owners will finally realize keeping Snyder within their inner circle is more of a detriment than a benefit.