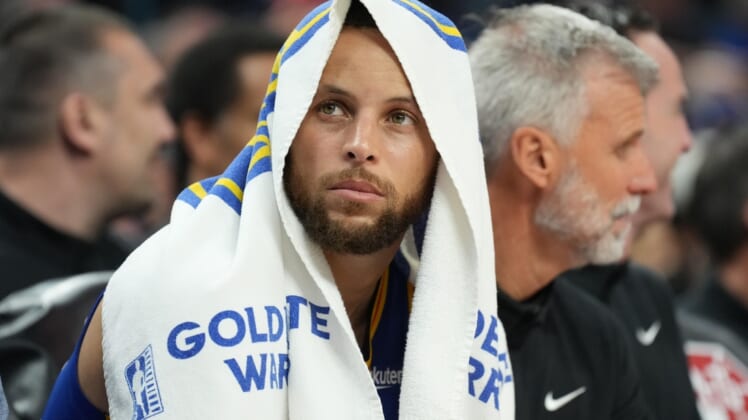 Stephen Curry rejoined his Golden State Warriors teammates as a full practice participant on Wednesday for the first time since sustaining a foot injury on March 16.

The Warriors, including Curry, plan to handle an intrasquad scrimmage on Thursday.

“He’s looking good to scrimmage,” Kerr said. “Then we’ll take the next step. His conditioning should be good, so it’s more just the training staff making the decision based on their evaluation of him.”

Warriors reserve Gary Payton II told NBC Sports Bay Area after practice on Wednesday of his rehabbing teammate, “He looked like Steph. That’s a good sign and I know he’s going to keep getting better and doing whatever he’s got to do to be ready. So excited — he looked like Steph.”

Starting with the game in which Curry got hurt against the Boston Celtics, the Warriors went into a 1-7 skid. However, they won their final five regular-season games to wrap up the No. 3 seed in the Western Conference playoffs.

Curry, 34, was the NBA’s scoring champion in 2020-21 at 32 points per game, but his average dipped to 25.5 points in 64 games this season. The eight-time All-Star and two-time league MVP sank just 38 percent of his 3-point attempts in the just-concluded campaign, the second-lowest figure of his career.