The MRI heard around the basketball world.

Okay, so that’s a bit dramatic for our taste, but you get the point.

The Golden State Warriors threw a major curve ball our way on Tuesday when they announced that the team was going to give reigning NBA MVP Stephen Curry an MRI on the injured ankle he suffered in its Game 1 win over the Houston Rockets on Saturday.

Prior to that announcement, most figured that Curry had simply rolled his ankle and the defending champs — facing inferior competition — were doing their best to play it safe.

While the MRI revealed no structural damage and Curry remains questionable to play in Game 3 on Thursday, there has to be some concern over him actually suiting up over the short term.

In May of 2011, following his second season in the NBA, Curry underwent surgery on his right ankle to repair torn ligaments he suffered the year prior.

He sprained it twice more during the 2011-12 season before straining his tendon in the same foot later that year.

Interestingly enough, this came immediately before Golden State made the risky decision to give Curry a four-year, $44 million extension on his rookie deal. These injuries led many to believe the smallish point guard couldn’t handle the rigors of the NBA.

Now, years removed from these injury issues, Curry’s ankle is again front and center. It comes at a time when the Warriors are trying to cap off a historical season by repeating as champs. It also comes with a huge warning sign.

Suffering two sprains immediately after his initial surgery in 2011 is enough to sound the alarm bells. And while Curry’s most recent surgery didn’t entail a complete reconstruction of his ankle, the guard was initially worried about his own ability to hold up:

From an ESPN the Magazine piece ran back in February:

“Stephen Curry didn’t know if he’d wake up owning a dead man’s tendons,” ESPN’s Pablo S. Torre mused regarding Curry’s 2012 surgery. “Before the drugs hit, Ferkel had explained a range of potential outcomes. Less than a year before, in Curry’s hometown of Charlotte, North Carolina, a specialist had already sliced open that same right ankle and rebuilt two ligaments that had stretched apart like a rotting sweater. The worst-case scenario now? Total re-reconstruction, meaning that everything rebuilt in Curry’s first surgery would be reattempted.”

While the procedure was less intrusive than first imagined, it did leave the guard in a questionable state of affairs regarding his ability to hold up over the long term.

In the years following that most recent surgery, Curry has held up extremely well. He’s missed a total of 13 regular season games over the past four seasons, primarily due to turned ankles — potentially the same issue he suffered over the weekend.

The larger concern here is about bringing Curry back before his ankle is fully healed. Could that lead to him suffering a severe sprain and missing the remainder of the playoffs? Is that a risk the defending champs are willing to take? Can they win the title without Curry?

Golden State boasts a 2-0 series lead over the hapless Rockets heading to Houston for Game 3 Thursday and Game 4 on Saturday.

The team has absolutely dominated its inferior opponent, outscoring James Harden and Co. by 35 points in two games. In reality, the games haven’t even been that close.

The Warriors have held a combined 21-point lead after the first quarter in the two outings. 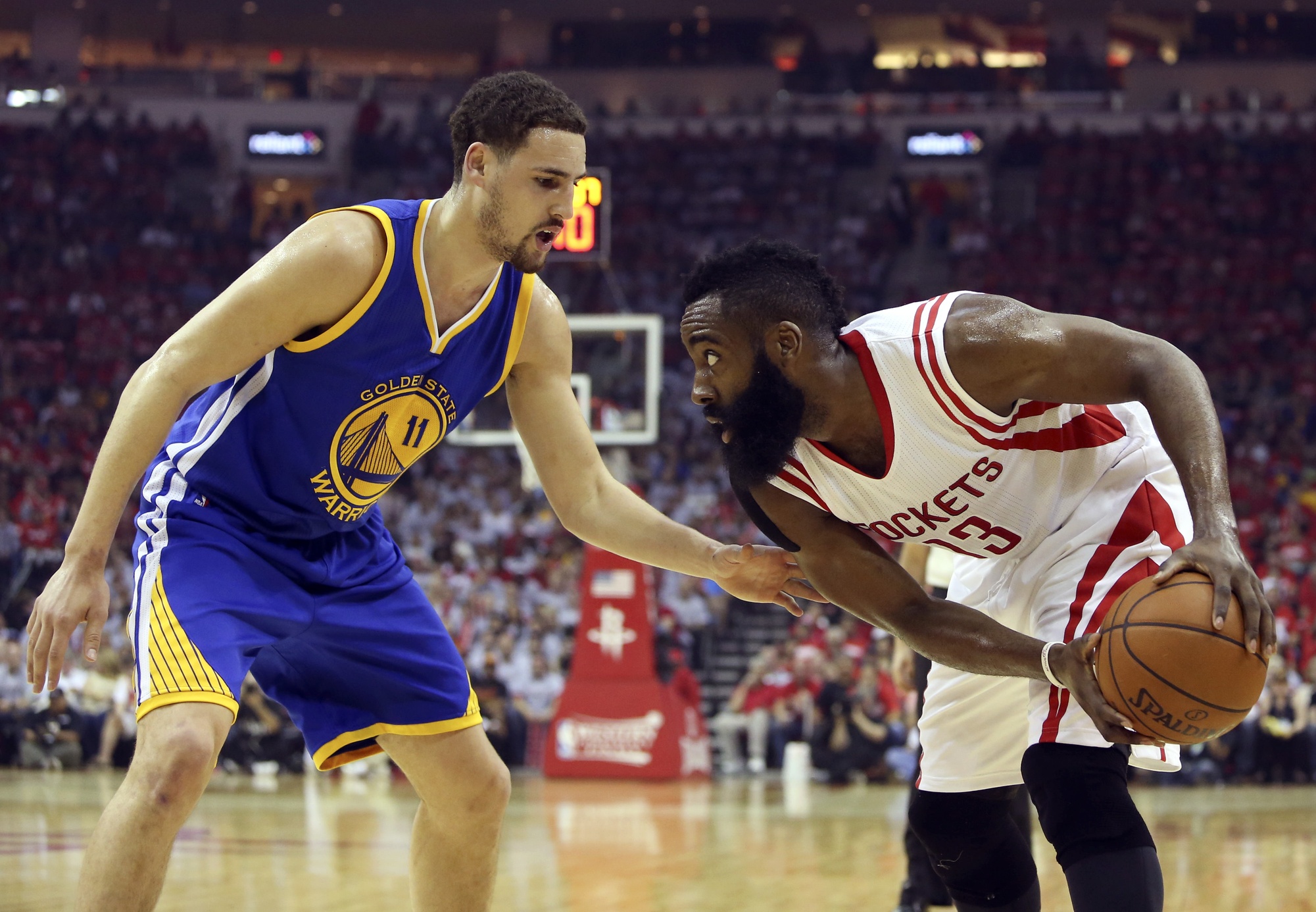 Even with Curry sitting Game 2, the Warriors opened up an 18-point fourth quarter lead before garbage time brought it closer in the waning moments. This came with Draymond Green, Klay Thompson and Harrison Barnes combining to shoot 13-of-42 (31 percent from the field).

All this tells us a story of a Warriors team that could handle Houston with Curry remaining in street clothes for the remainder of the series. In fact, it is 2-0 against the Rockets with Curry out of the lineup this season.

The bigger picture here, of course, is getting rid of Houston in short order so the rest of the team can have a few days off before a second-round series against either the Los Angeles Clippers and Portland Blazers.

Having Curry back in the mix would surely help Golden State sweep the Rockets. With him out, there’s a potential the series goes back to Game 5.

An organization that has proven itself to be all about the bigger picture hasn’t changed up midstream here. Sounding about as cautionary as possible, Steve Kerr made this clear following Golden State’s Game 2 win on Monday night:

“It’s the back of his foot,” Kerr said Tuesday evening. “It’s underneath the ankle. It’s something down there.”

Then, why not wait until the team actually loses a game in this series before bringing Curry back? Kerr had said that the series itself won’t dictate Curry’s return.

What he should do is take this one step further by indicating to Curry privately that the team doesn’t necessarily need him to finish off the Rockets.

That would give the likely two-time NBA MVP ample time to get treatment on his ankle. It would also give Curry a ridiculous amount of rest heading into more difficult matchups against true playoff teams moving forward.

After what has been a grueling and physically imposing past 11 months, there’s no way this would hurt Curry’s performance moving forward. Instead, it would keep him fresh for potential one-on-one battles with Chris Paul, Damian Lillard and/or Russell Westbrook.

This seems like the logical conclusion to draw here. Houston is over-matched and outclassed without Curry in the lineup.

Why risk anything in games that the Warriors should be able to handle with him riding the pine? Why do so when losing him long term would severely limit the team’s ability to repeat?