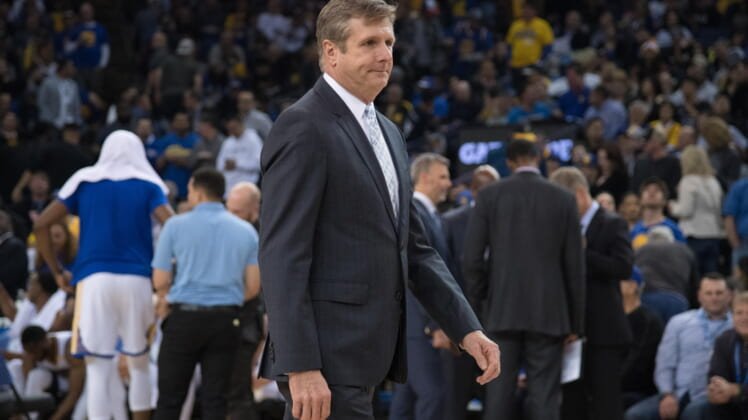 In what many would consider a major surprise, the Naismith Memorial Basketball Hall of Fame has selected Golden State Warriors president Rick Welts to be part of its Class of 2018.

Warriors president Rick Welts has been selected to the Naismith Memorial Basketball Hall of Fame’s Class of 2018, league sources say.

With over four decades of experience in the NBA, Welts is in his fifth season as the Warriors’ president and CEO. Prior to that, he served in the same capacity with the Phoenix Suns from 2002-11.

With years of experience in the NBA hierarchy, Welts served the league as Chief Marketing Officer, among other roles.

Welts’ selection to the Hall of Fame is big in that he came out as gay in a 2011 New York Times article. The Warriors would go on to hire him in his current role mere months later. He’s the highest-ranking openly gay executive in the history of North American professional sports.

A fixture within the Northern California community, Welts’ work with the LGBT community is by now well known locally. He’s also about as well respected of a front office figure that there is in the NBA.

More than anything, Welts’ pending induction into the Hall of Fame will serve as a reminder that the NBA has become much more inclusive in recent years. It will also act as a trendsetter of sorts for others who still think of sports as being lost in their archaic ways.