The Golden State Warriors were definitely in a partying mood after closing out the 2017 NBA Finals against the Cleveland Cavaliers on Monday night.

It started with David West spouting off about how drunk he got in a short period of time.

It continued with Stephen Curry lighting up a cigar during a post-game interview.

Then, the always entertaining Draymond Green announced in the locker room that the party would continue at a San Francisco hot spot called Harlot.

Once at the night club and partying with fans of the champions, the Warriors were seen popping open bottles of $15,000 champagne (via TMZ Sports).

All said, the Warriors and their fans consumed $150,000 worth of bubbly during the celebration into the early hours of Tuesday morning.

As you can tell, Curry and Co. were having an absolute blast. 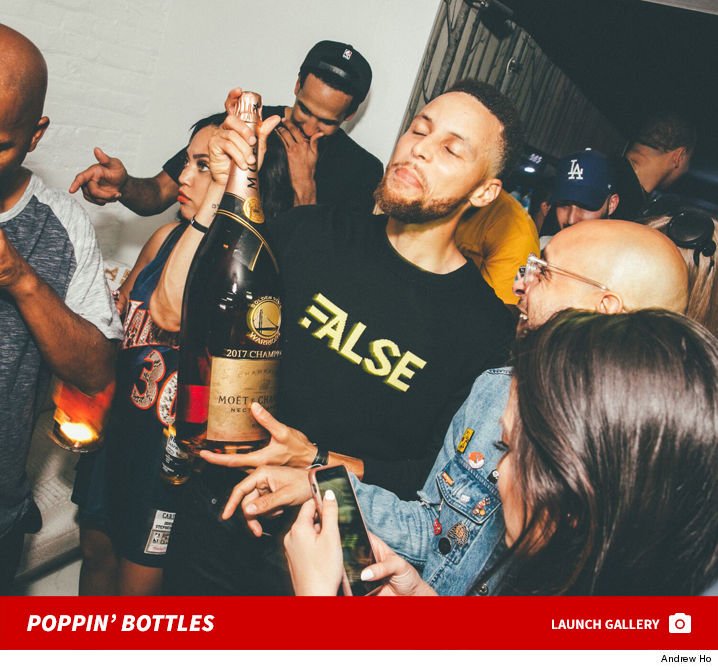 Following a 67-win regular season, Golden State dominated in the playoffs to the tune of a 16-1 mark. They closed it out with a 129-120 win over Cleveland in Game 5 of the Finals Monday night.

It most definitely was a well-deserved party for the Warriors, who will now take part in the championship parade in Oakland on Thursday. That promises to be a whole bunch of fun.