Rumors have continued to swirl that the Golden State Warriors remain one of Kevin Durant’s top options should he leave the Oklahoma City Thunder next summer.

On the surface, this seems a bit ridiculous. Golden State is coming off a championship season with its core intact—a core that’s only going to get more expensive as it ages. Draymond Green signed a near-max extension earlier this month. Meanwhile, the Warriors are going to have to seriously consider offering MVP Stephen Curry a long-term extension in the not-so-distant future. 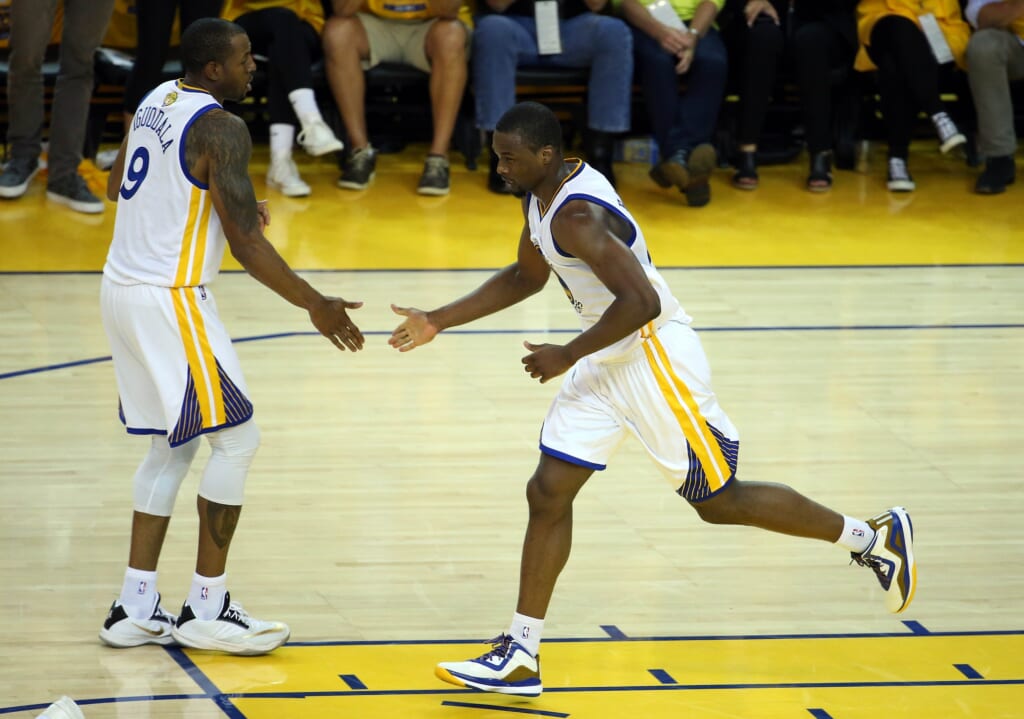 Courtesy of USA Today Sports: Barnes market and Iggy’s long-term future could play role in decision to go after Durant.

More than that, adding Durant would threaten to derail the nucleus of this championship team. It would come at the cost of letting Harrison Barnes walk as a restricted free agent next summer.

Is this a core the Warriors are prepared to break up? How much of that will depend on what happens next season? Those two questions will be answered more over the long-term.

However, in looking at the Warriors’ roster make up and contractual obligations, they have as good of a chance as any team of offering Durant a max deal next summer.

The first thing to look at here is an expected salary cap hike next summer due to new television revenue hitting the Association. As to where the cap is $70 million this season, it’s expected to increase to $89-plus million next year and $108 million for the following season.

Looking at Golden State’s contractual obligations for 2016-17 and beyond, it’s reasonable to believe the team can afford Durant without much of an issue: 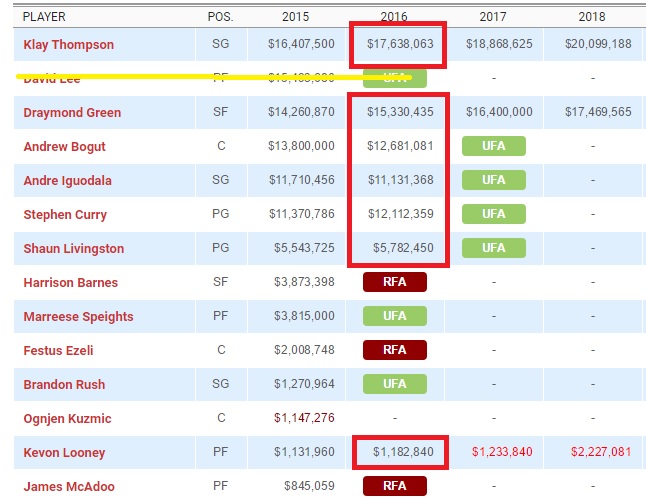 As of right now, the team has a total of seven players under contract after next season. Of those seven players, Klay Thompson has the highest average salary at $17.6 million. Draymond Green ($15.3), Andrew Bogut ($12.7), Stephen Curry ($12.1) and Andre Iguodala ($11.1) will all be earning decent paychecks. That’s a total of nearly $69 million wrapped up to five players.

Some would stop right there and draw the conclusion that Golden State is in no position to add another max player, especially someone who is expected to cash in to the tune of $25.3 million annually when the summer of 2016 comes calling.

That would be a foolish mistake.

As to where Curry’s new deal, if signed in 2017, would cost the team about $30 million per year, other deals are coming off the books. Bogut and Iguodala will see their contracts end following 2016-17, meaning that they will be expiring deals after the upcoming season—deals that may be valuable with teams prepared to hit the market hard over the next two summers.

Then you have the stretch provision, which enables players to be waived with the team stretching the remainder of the deal over a longer period of time. For example, if the Warriors were to use this provision on Bogut next year, they would be able to pay out the $12.7 million owed to him over three seasons, saving the team about $8.5 million. Of course, that’s dependent on Golden State not being able to find a suitor for an highly-productive center who will be somewhat of a bargain with the deals being handed out this summer and into the future. Golden State could use a similar path for the 2015 NBA Finals MVP. 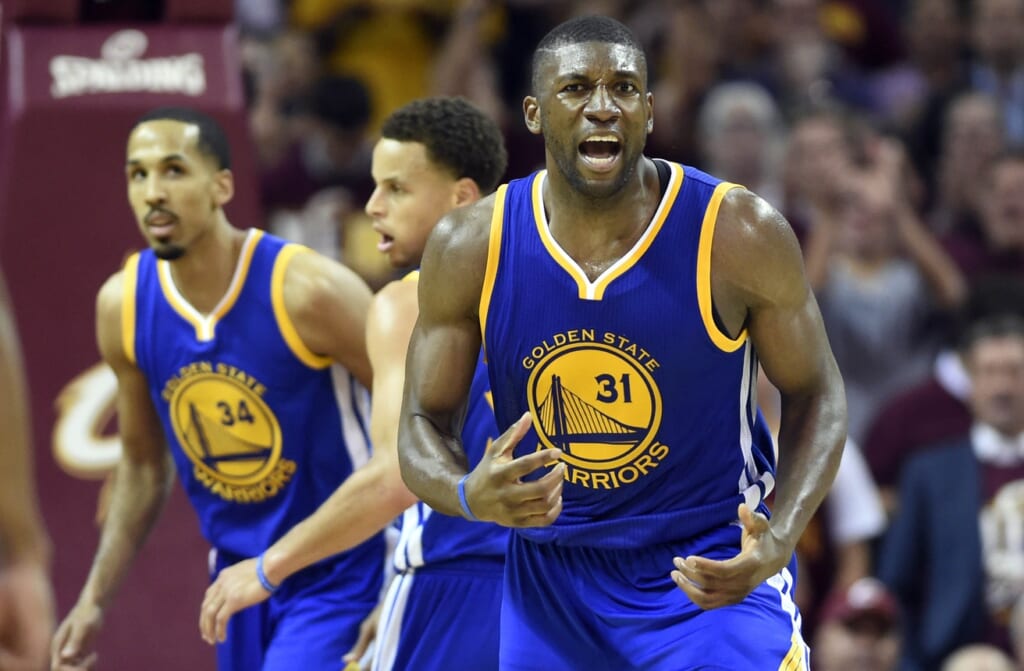 Bogut and Iggy were valuable players in the Warriors’ championship run. Though, both become expendable moving forward. Even if Golden State doesn’t make a play for Durant, it’s likely going to re-sign Barnes. In addition to this, the team has a really good young center in Festus Ezeli, who is more than capable of taking over for Bogut long term.

If the salary cap isn’t going to be a huge issue, and knowing full well that Warriors’ ownership doesn’t mind going over the luxury tax, Durant is a reasonable option. That’s only magnified by his reported interest in joining the defending champs.

The only real issue standing in the way here is Golden State’s own interest in Durant. If it decides the core of this team shouldn’t be broken up, Durant remains a long shot. However, if general manager Bob Meyers and company like how Durant might fit in long-term, this is definitely something to keep an eye on.