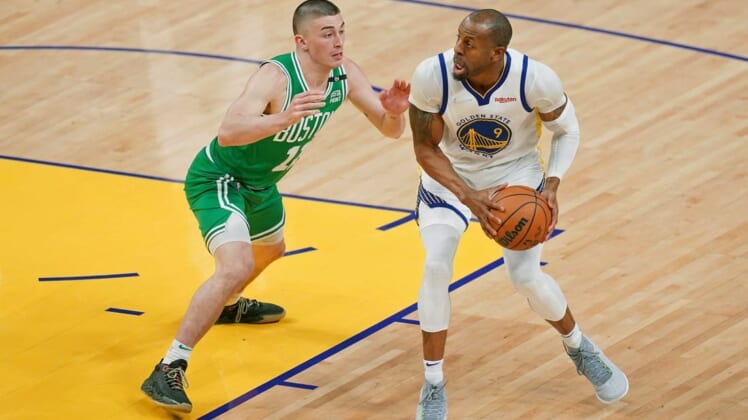 Golden State Warriors guard/forward Andrew Iguodala is questionable for Game 3 of the NBA Finals against the Boston Celtics with right knee inflammation.

Iguodala, 38, missed Game 2 because of the knee after playing just 12 minutes in Game 1 last Thursday. Prior to that, Iguodala hadn’t played since Game 4 of the first round due to a neck injury.

Iguodala scored seven points with three assists in the Warriors’ Game 1 loss. He averaged 4.0 points, 3.7 assists and 3.2 rebounds in 31 games (no starts) during the regular season.

The best-of-seven series heads to Boston tied at 1-1. Game 3 is Wednesday night.