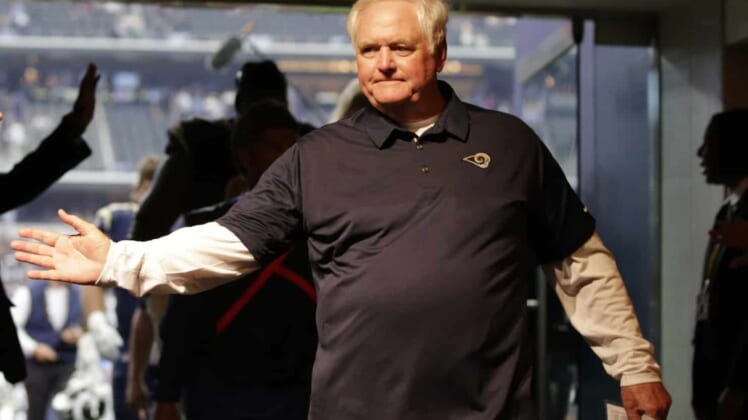 Is it true that NFL teams are looking for anyone associated with Sean McVay to be their head coach? Wade Phillips, McVay’s defensive coordinator, hopes so.

Phillips’ son, Wes, is a tight ends coach for the Washington Redskins. He held the same job from 2014-2016 when McVay was Washington’s offensive coordinator. The elder Phillips quipped that because of this, his son should be in line for a head-coaching vacancy.

Rams defensive coordinator Wade Phillips, on his son, Wes, who is Washington's tight ends coach: "Wes is a young offensive coach who knows Sean McVay, if anyone is looking for a head coach."

This is one of these ideas that sounds like a joke. But when we actually think about it, we wouldn’t be completely surprised if this happened.

Of course, it’s still a little premature for Phillips to get a head coaching gig. The jump from tight ends coach to head coach is rarely, if ever, made. But we would be surprised if at least some front offices haven’t at least made the connection.