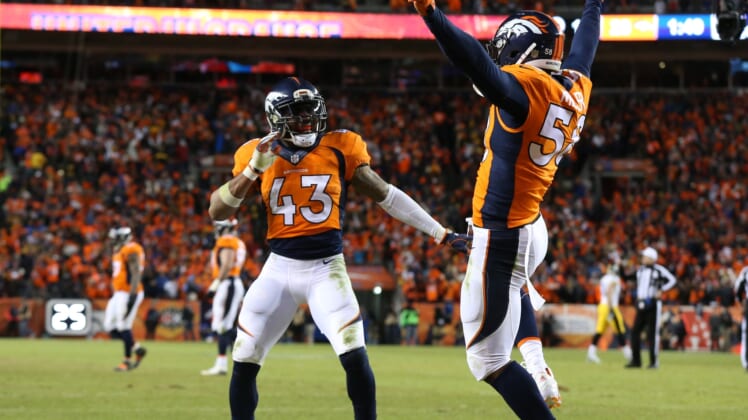 A six-point lead in the fourth quarter against Andrew Luck is often a precarious position to be in. But when you have Von Miller on your defense, the odds get much better.

.@Millerlite40 does it AGAIN!

His strip-sack on Andrew Luck turns into a @Broncos TD! ? #INDvsDEN #Broncos https://t.co/O4bnuidFoH

Shane Ray’s fumble return for a touchdown locked up victory for the Denver Broncos over the Indianapolis Colts.

In a 14-point win, the Denver defense was the difference. Miller’s sack and the ensuing touchdown gave the Broncos their second defensive score of the game. Earlier in the fourth quarter, Aqib Talib intercepted Luck for a 46-yard pick six (watch here).