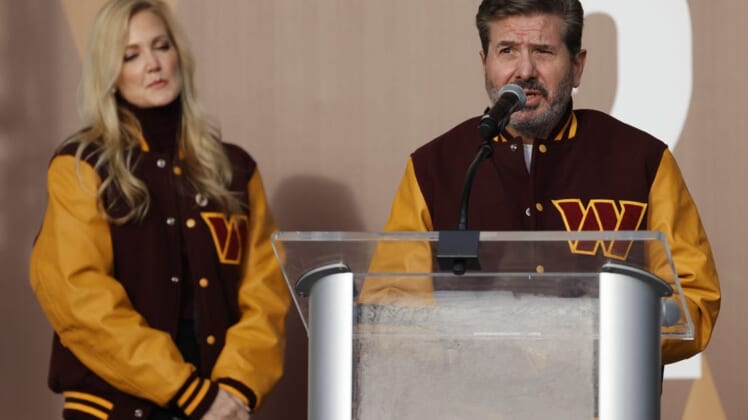 The Virginia General Assembly tabled a bill Thursday that would have determined the extent to which the state would help the Washington Commanders build a new stadium.

The bill is not dead, but it won’t be voted on this year.

The franchise purchased 200 acres of land in Prince William County, Va. last month for about $100 million. It is considering options in Maryland and the District of Columbia in addition to Northern Virginia for a new stadium to replace its current home, FedEx Field.

Budget negotiators in the Virginia state legislature agreed to cap Commanders stadium bonds at $350 million, far less than an initial estimate earlier in the spring of $1 billion. The Washington Post later reported that the number may fall below $300 million.

Per ESPN, Democratic state senator Chap Petersen said a “panoply of reasons” factored into the vote being tabled.

“For some people there are some systemic issues,” Petersen said. “I don’t believe the team has the type of community backing I would expect from a major pro sports franchise and then all the issues with the owner (Dan Snyder).”

Snyder and NFL commissioner Roger Goodell received requests to appear before the House Committee on Oversight and Reform on June 22 as part of the investigation into “hostile workplace culture.” In addition, Virginia Attorney General Jason Miyares opened an investigation into allegations regarding the team’s alleged financial malpractices.

The Commanders released a statement saying they support the legislature’s decision.

“Given the complexity of this endeavor, coupled with the remarkable economic development opportunity that we believe our new venue project represents, we support the decision of stakeholders in the House of Delegates and the State Senate to more deeply examine this issue,” the statement said in part.