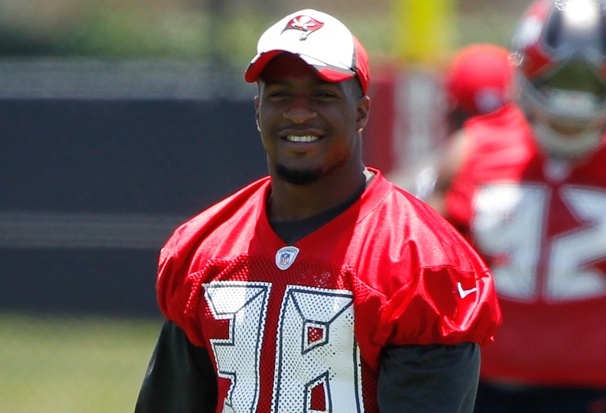 Dashon Goldson is known for his big hits as a safety in the NFL, and he recently showed off his form in a video during his youth tackling clinic.

The force of an NFL hit is difficult to comprehend for most of us.

Watching Goldson crash into those pads gives us a glimpse into the force an NFL safety can deliver.

He displayed good form, too, which has served him well during his tenure on the gridiron.

Goldson’s nickname is “The Hawk,” but perhaps it should be “The Hammer.”

He shined during a four-year strech with the San Francisco 49ers between 2009-2012, during which time he tallied 14 interceptions.

Unfortunately his success in San Francisco didn’t continue when he left via free agency for Tampa Bay in 2013. Goldson is now fighting for playing time in Washington after being traded for a sixth-round pick earlier this spring.