The New York Giants are coming off a horrible Week 1 performance. Going up against the Detroit Lions on Monday night, Tom Coughlin’s squad didn’t perform at a winning level on either side of the ball. The end result was a 35-14 destruction at the hands of Calvin Johnson and Co.

Giants receiver Victor Cruz doesn’t seem too happy with both the performance and the lack of balls thrown in his direction. He also seems to think the team can have more success if Eli Manning looks his way more frequently (via New York Daily News).

I think in order for us to be successful, there needs to be an increased number of targets in my direction. And in other playmakers’ directions. Just like Rueben Randle as well, in my opinion. But that all comes with the continuity, that comes with getting the running game going, that comes with building what we want to build as the game continues. 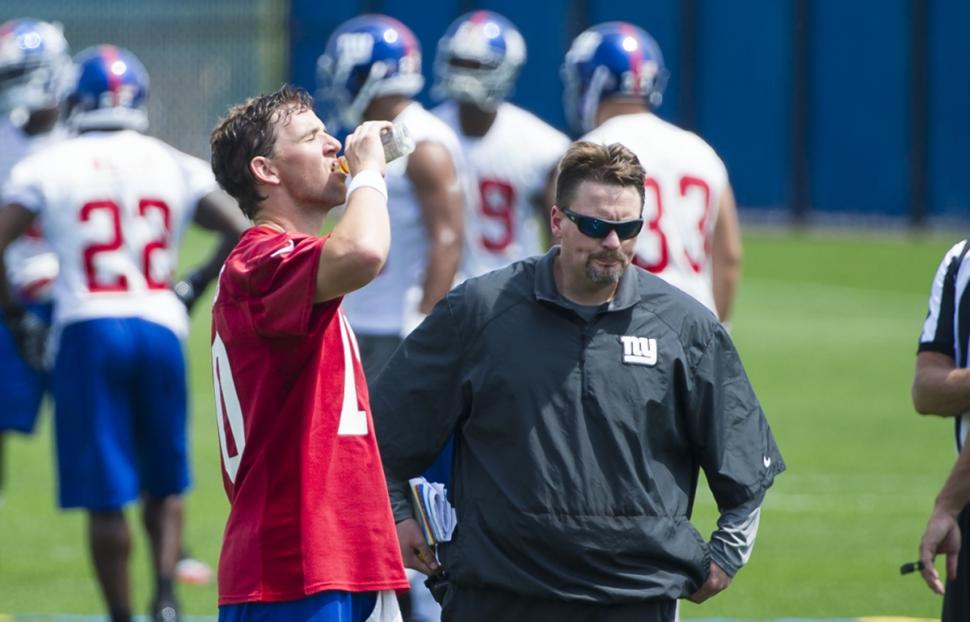 Courtesy of NY Daily News: Manning and the Giants need to get on the same page on offense.

Continuity is the key here. New York is running a completely new offense under coordinator Ben McAdoo. And some of its lack of Week 1 success can be attributed to this. As Arizona Cardinals head coach Bruce Arians indicated, it will take a while for Giants’ players to get accustomed to a completely different offense (via NY Daily News).

As it relates to Cruz’s specific comments about more targets. He’s proven to be their most dynamic player, but targets don’t necessarily equate to team success. Manning tallied a 77.4 rating when targeting Cruz last season. The Giants are also 6-6 when Cruz is targeted 10-plus times over the past two-plus seasons.

As with any team, the ability to create balance on offense is important. That’s one of the aspects that McAdoo is attempting to bring to the table right now. More so than Cruz acquiring more targets, Eli Manning needs to play better football and the offense needs to find itself with more of a comfort level under McAdoo’s scheme. Short of that happening, the Giants are going nowhere fast, no matter Cruz’s target numbers.