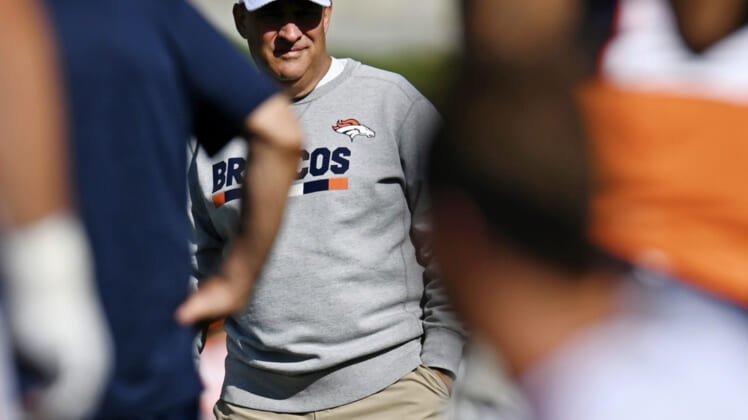 Denver Broncos head coach Vic Fangio shocked many when he coached during the Hall of Fame Game despite being hospitalized for hours for a kidney stone on Thursday.

On Sunday, Fangio provided an update on his health, noting the kidney stone is “still in there.”

“It’s kind of moody,” Fangio said, per Jeremy Bergman of NFL.com. “It acts up sometimes and sometimes it doesn’t. During practice today it was fine. Yesterday afternoon it wasn’t so fine so it’s kind of moody.”

One man’s “moody” is another man’s excruciating pain. During Thursday’s game, it seemed clear that Fangio was dealing with quite a bit of discomfort, to say the least.

But he gutted through it, showing legendary toughness in the process. Even more stunning, his players were unaware of his painful condition and found out on the bus ride to the stadium in Canton, Ohio.