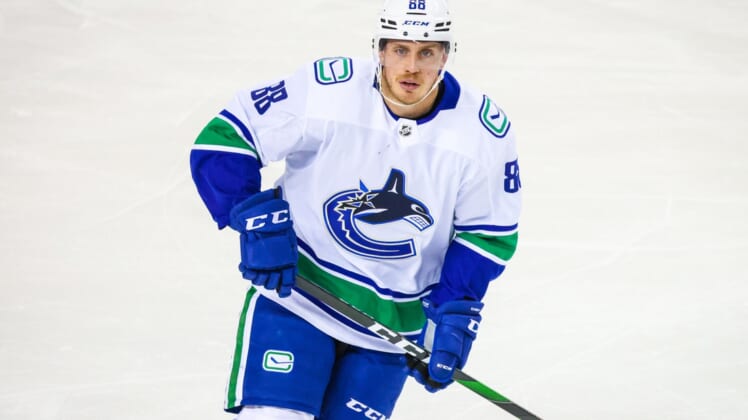 The Vancouver Canucks’ COVID-19 outbreak has increased to include 21 players and four staff members, the team announced Wednesday.

Of the players, 18 are on the roster and three are on the taxi squad. One additional player is a close contact, the team said.

Defenseman Nate Schmidt was added to the list Wednesday, and the team said a variant of the virus has fueled the outbreak.

“An ongoing investigation by Vancouver Coastal Health and club contact tracing staff attributes the source infection to a single individual obtained in a community setting, which has since been identified by public health as a public exposure location,” the team said in a statement. “Rapid spread of infection throughout the team indicates a link between contacts and the primary case.”

Vancouver hasn’t played since dropping a 5-1 decision to the Winnipeg Jets on March 24. The club’s last five games have been postponed.

The Canucks’ outbreak began with forward Adam Gaudette’s positive COVID-19 test on March 30. The following night, the team’s game with the Calgary Flames was postponed within two hours of faceoff.

The identities of the three taxi squad members aren’t known. At least one of the four staffers is an unnamed assistant coach.

The NHL remains hopeful Vancouver will be able to play its entire 56-game schedule.