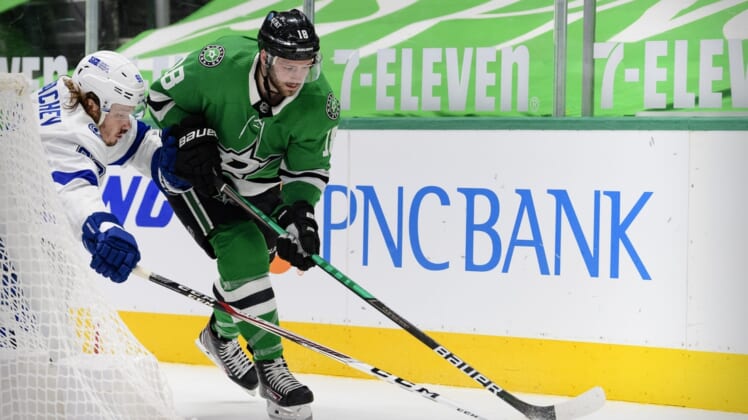 The Vancouver Canucks acquired forward Jason Dickinson from the Dallas Stars on Saturday for a third-round pick in the 2021 NHL Draft.

The trade came shortly before the NHL froze rosters ahead of Wednesday’s expansion draft for the Seattle Kraken.

Dickinson, 26, can become a restricted free agent on July 28.

He recorded 15 points (seven goals, eight assists) in 51 games this past season.

Dickinson has collected 63 points (25 goals, 38 assists) in 221 career games since being selected by the Stars with the 29th overall pick of the 2013 NHL Draft.