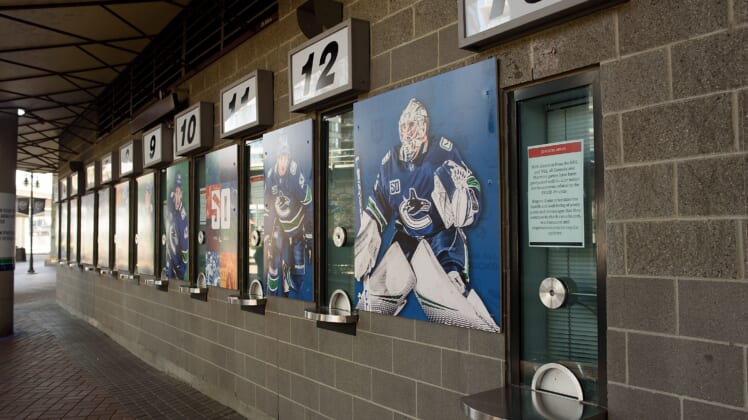 Mar 15, 2020; Vancouver, British Columbia, CAN; Shuttered ticket windows are seen at Rogers Arena. A game between the Winnipeg Jets at Vancouver Canucks has been cancelled following a decision by the NHL to postpone its season due to the Covid-19 coronavirus outbreak. Mandatory Credit: Anne-Marie Sorvin-USA TODAY Sports

The Vancouver Canucks have officially announced they are out of the bidding for being an NHL Hub City.

As for the reasons behind Vancouver dropping out, Elliotte Friedman mentioned on Sirius XM NHL that he heard the local government officials could not agree on what number of positive tests would shut play down. That now leaves Edmonton and Toronto for the Canadian Hub City.

Jeff Bezos, the owner of Amazon, has purchased the naming rights to the arena in Seattle for an undisclosed amount. Amazon will name it the “Climate Pledge Arena.”