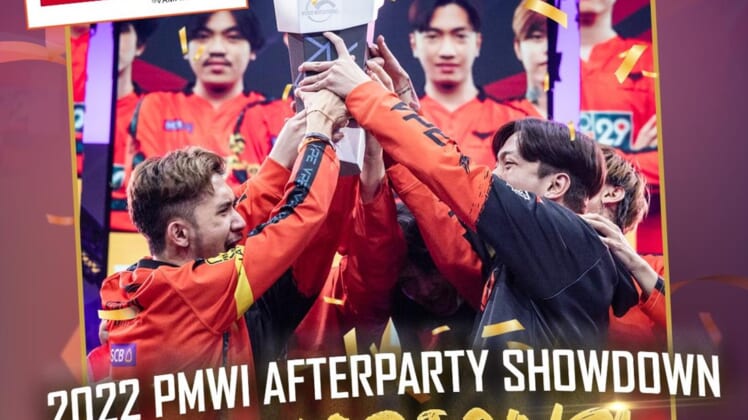 The 2022 PMWI was held in Riyadh, Saudi Arabia, and marked the return to LAN events for PUBG Mobile. Twelve teams competed for the remaining $1 million in the prize pool.

Vampire Esports won the event with 180 points, followed by Alpha7 Esports with 174 and Team Falcons with 129.

In addition to winning the lion’s share of the Afterparty prize pool, Vampire Esports also took home $500,000 for their victory in the Main Tournament.

The 2022 event schedule now turns to focus on the PUBG Mobile Global Championship (PMGC) that will take place in Indonesia early November. The event will feature 48 teams.