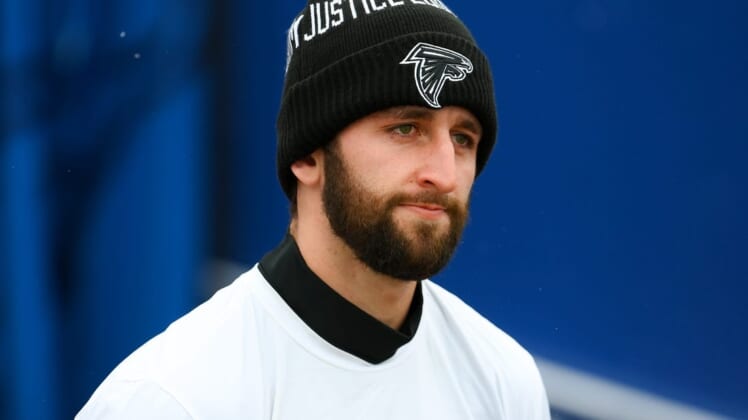 Josh Rosen and AJ McCarron are candidates to be the next man up for the Cleveland Browns if quarterback Deshaun Watson is suspended, as expected, for violating the league’s personal conduct policy.

Per multiple reports, the Browns are bringing in the backups to have a ready plan if the NFL suspends Watson for multiple games. Watson met with league investigators for three days in Delaware earlier this month to discuss allegations of sexual misconduct.

Pro Football Talk reported a multi-game suspension was likely but not more than eight games.

Watson, acquired by the Browns from the Houston Texans for multiple draft picks, could reportedly agree not to appeal if the NFL opts against a season-long suspension.

Cleveland has prepared to be without Watson by signing former NFL starter Jacoby Brissett. He would be No. 1 if Watson is erased from the depth chart for any period of time, general manager Andrew Berry said earlier this month. Josh Dobbs is the No. 3 quarterback on the roster entering camp.

But behind Brissett and Dobbs, the Browns are kicking the tires on Rosen, who was with the Atlanta Falcons in 2021. The 2018 first-round pick of the Cardinals was traded to the Miami Dolphins following Arizona’s selection of Kyler Murray.

McCarron, a fifth-round pick in 2014, has played in 16 career games with the Cincinnati Bengals, Raiders (then in Oakland) and Texans. He tore his ACL in the 2021 preseason with the Falcons.